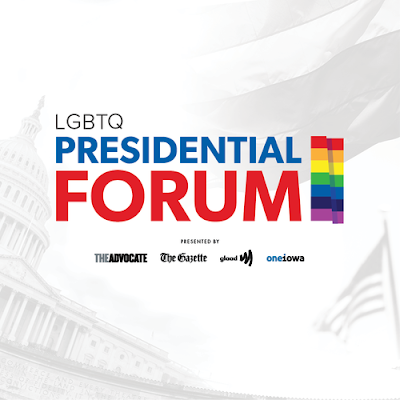 On Friday evening, there is going to be a Democratic candidate forum focused solely on the LGBTQ community and our issues. The fact that openly gay candidate Pete Buttigieg will be there is a milestone in itself.

The event, however, will not be unprecedented. The last LGBTQ candidate forum was held in 2007. And as MSNBC points out, much has changed since then.


The last time such an event took place was in November 2007, with Hillary Clinton and Barack Obama among the participants. In the 12 years since, the country has undergone a revolution in terms of LGBTQ rights and acceptance.

The mere presence on stage of the openly gay Buttigieg, the mayor of South Bend, Indiana, is a symbol of all that has changed for Democrats since the last forum.

In 2007, the Defense of Marriage Act banned the federal government from recognizing same-sex unions like Buttigieg’s. Gay Navy officers like Buttigieg were banned from serving openly because of the military’s “don’t ask, don’t tell” policy. Only two states — Connecticut and Massachusetts — had legalized same-sex marriage, and many more had recently enacted constitutional bans against it.

The front-runners in 2007 found that supporting same-sex marriage was too risky, and only two moonshot candidates — Dennis Kucinich, a congressman from Ohio, and Mike Gravel, a former senator from Alaska — endorsed it at the 2007 forum, which was presented by Logo TV and the Human Rights Campaign. Gravel criticized rivals for “playing it safe,” while Kucinich said, “When you understand what real equality is, you understand that people who love each other must have the opportunity to be able to express that in a way that's meaningful."

Hillary Clinton’s message to the LGBTQ community about her opposition to same-sex marriage? “I prefer to think of it as being very positive about civil unions,” Clinton, then a senator from New York, said at the time.

Barack Obama, then a senator from Illinois, promised that as president he would ensure that existing legal rights “are recognized and enforced” for LGBTQ people.

Clinton and Obama’s positions leading into the 2008 presidential race were shared by a majority of Americans. Even in 2009, just 37 percent of Americans supported same-sex marriage, according to Pew.

Today, public opinion has swung hard in the opposite direction. Now, a majority of Americans support same-sex marriage, according to Pew, and nearly 70 percent back nondiscrimination protections for LGBTQ people, according to the nonprofit research firm Public Religion Research Institute.


As MSNBC points out, marriage is not longer the big issue.

Most candidates — if not all — have publicly supported bans on conversion therapy for minors, ending the Trump administration’s ban on transgender military service, and rolling back the spread of religious “refusal” rules that allow ostensibly religious businesses to decline to serve LGBTQ members of the public. Candidates have also spoken about the need for the Equality Act as a law that would prevent LGBTQ people from getting legally married one day, then fired the next, because of state laws that still do not protect LGBTQ people from employment discrimination.


No doubt, a majority of us will be watching with much interest at what Joe Biden, Cory Booker, Pete Buttigieg, Julián Castro, Tulsi Gabbard, Kamala Harris, Amy Klobuchar, Joe Sestak, Elizabeth Warren, and Marianne Williamson candidates propose to do for the LGBTQ community.
Posted by BlackTsunami at 4:59 PM No comments:


Is a Consumer Protection Exec Quietly Dismantling LGBTQ Protections? - And we got a huge problem:

A simmering battle over LGBTQ issues is reaching a boiling point at the Consumer Financial Protection Bureau, the government agency partly established by Sen. Elizabeth Warren and tasked with safeguarding taxpayers. The situation comes nearly three months after The Advocate published an exclusive report in collaboration with Allied Progress detailing that the head of the Bureau’s Office of Innovation, Paul Watkins, attempted to hide the fact that he worked as senior legal counsel for Alliance Defending Freedom, a hate group seeking to criminalize LGBTQ people.


This Queer Veteran Is Running For Congress In California - More LGBTQ people in Congress? I love it!

It’s BiWeek. Here are some words you should know.- Happy BiWeek!

Betsy DeVos To Promote School That Bans Transgender Students And Staff - Color me not shocked. Repulsed, but not shocked.
Posted by BlackTsunami at 8:27 AM No comments: