Texas attorney general Ken Paxton seems to have a vendetta against the state's LGBTQ community. Weeks after issuing an opinion based upon distorted information which justified investigating affirming parents of trans kids for child abuse, he is at it again.

Texas Attorney General Ken Paxton (R) said in a letter to the Austin Independent School District (AISD) this week that its Pride Week was "breaking state law." Paxton wrote Tuesday that by hosting pride week, the district "has, at best undertaken a week-long instructional effort in human sexuality without parental consent. Or, worse [the] district is cynically pushing a week-long indoctrination of [students] that not only fails to obtain parental consent, but subtly cuts parents out of the loop." The Texas AG also wrote that the Austin ISD's curriculum and lesson plans "deal head-on with sexual orientation and gender identity—topics that unmistakably constitute 'human sexuality instruction' governed by state law."

Paxton didn’t send the letter privately – he posted screenshots of it to Twitter with the message, “Liberal school districts are aggressively pushing LGBTQ+ views on Texas Kids! All behind parents’ backs! This is immoral and illegal.” He then referred to LGBTQ people as “sexual propagandists and predators” and demanded they be held “accountable.”

But The Hill said he is getting pushback:

District’s superintendent Stephanie Elizalde responded to Paxton in a tweet, writing: “I want all our LGBTQIA+ students to know that we are proud of them and that we will protect them against political attacks.” District spokesman Jason Stanford told The Washington Post: “We’re going to react to this by doubling down on making sure our kids feel safe and celebrating Pride."

There are a multitude of reasons why Paxton has chosen to target the LGBTQ community and none of them are good. But the simplest reason is obvious. He's afraid of losing his job on two fronts.
Paxton is in a hotly contested run-off primary with 'further to the right than Atilla The Hun'  Congressional representative Louis Gohmert.  Paxton is also facing a corruption probe for bribery charges and allegations that he misused his power. And to top it all off, he also faces possible disbarment over alleged efforts to overturn the 2020 election on behalf of Donald Trump.
In his targeting of LGBTQ Texans, Paxton seems to be less concerned about protecting kids and more about protecting himself.
Posted by BlackTsunami at 4:53 PM No comments:

'Commentary - It's Not Just Florida. The GOP is pushing 'don't say gay' bills in 15 states' & other Thur midday news briefs 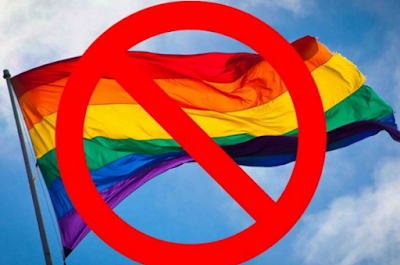 It’s not just Florida. The GOP is pushing “Don’t Say Gay” bills in 15 states now. - Oh it's on now. As much as part of me hates this mess, I like a good fight. "We didn't ask for this war, but it's on!"
North Texas superintendent orders books removed from schools, targeting titles about transgender people​ - Constitutional concerns are being raised.
Groups opposed to gay rights rake in millions as states debate anti-LGBTQ bills - Money doesn't take the place of truth. Your lies may get you over for a while, but truth always wins.
Joe Biden helps LGBTQ Ukrainian refugees with fast-tracked US resettlement - Trump would not have done that.
Utah governor cites suicide rates for transgender youth in vetoing sports ban bill: ‘I want them to live’ - Facts.
Posted by BlackTsunami at 9:33 AM No comments: