GOP Florida senator Marco Rubio is in a tight re-election campaign against Congressional Representative Val Demings (also from Florida). It's probably why Rubio ran an outrageous ad accusing the Democratic Party (or as he calls them, "the radical left) of  wanting to "destroy America" by "indoctrinating children, trying to turn boys into girls, and allowing 'illegal aliens' and drugs to flood the country."

Rubio's ad consists of footage from Drag Queen Story Hour, an event which sends conservatives into orbit with false accusations of LGBTQ people wanting to 'sexually groom' children. The drag queen featured in Rubio's ad, Lil Miss Hot Mess, did not appreciate Rubio of implying that he is trying to 'indoctrinate' children. And he makes Rubio the subject of what's called a "reading." That's a time-honored tradition in the LGBTQ community done when someone in or out of the community has to be "reminded" that the level they think they're on is way above where they actually are.

SPEAKING OUT: Author and board member of 'Drag Queen Story Hour,' @LilMissHotMess, was surprised to see herself appear in a Marco Rubio campaign ad.

Now, she's making her message loud and clear with @glaad.pic.twitter.com/PaMGYekRv8 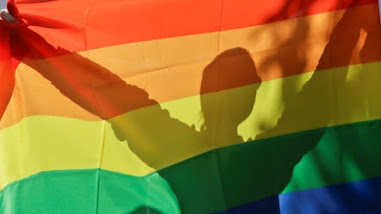 Here's What's at Stake for LGBTQ+ People in the Midterm Elections​ - We need to vote en masse. For ourselves, our families, and especially our kids.
Matt Walsh’s sordid history as a radio host, exposed - Hypocrite who attacks hospitals for providing gender-affirming care for trans kids seems to have no problem with underaged pregnancies and marriages. Amongst other things.
Anti-LGBTQ judge rules that workplaces can have biased policies against trans employees - Not surprising. This judge is notorious for making far right rulings. But it is far from over.
New 'Scooby-Doo' movie finally depicts Velma as a lesbian - In case you haven't heard. But I'm sure that you have.
Posted by BlackTsunami at 8:41 AM No comments: