Lighten up you conservative idiots. The Muppets are not 'recruiting' children to become transgender.

In between their hysterical fits about "critical race theory" and coronavirus vaccines, it looks like the religious right (and conservatives in general) have found time to yet again falsely accuse LGBTQ people of 'recruiting' children. Apparently we are attempting to get children to 'transition' their gender by exploiting a character in the Muppets:

Catholic League president Bill Donohue stands in disbelief about the latest LGBTQ activism targeting children, which saw the popular Muppet, Gonzo, change into a female – and try to get other Muppets to "transition," too.
"Why would Disney – the alleged family-friendly entertainment giant – want to encourage kids to reject their sex, and why aren't the media covering this story?" Donohue pondered in a Catholic League press release last week.
As left-wing corporate activism – through companies from Facebook to Coca-Cola – continues to use its influence to move the country into what critics call a form of Marxism, children are not being left out of the new vision for America … a vision being brought about through racial division, anti-Americanism, the culture of death, climate change and LGBTQ+ propaganda.
Donohue argues that Gonzo's transition signifies a lot more than playing dress-up or make-believe. "The Muppet character, Gonzo, has 'transitioned' to a girl, Gonzorella – that is why he is wearing a dress to the 'royal ball,'" the Catholic leader recounted. "He does more than wear a dress – he instructs Miss Piggy and Summer that 'doing things a little different can be fun.'"

Donohue is just one of many conservatives having a hissy fit. Conservative dust kicker Candace Owens also whined about the situation:

“I can’t believe I’m tweeting this but.. they are pushing the trans agenda on children via muppet babies. This is sick and PERVERTED. Everyone should be disturbed by predatory cartoons meant to usher children into gender dysphoria. Bring back manly muppets, anyone?” she tweeted.

Meanwhile, conservative 'news' sources such as Fox News and NewsMax also sounded phony alarms. So is their freak out legitimate?  Does that question even need to be asked?
According to Romper:

In an episode of Disney Junior’s Muppet Babies called “Gonzo-rella,” the sweet blue muppet wants to wear a dress to the ball along with Miss Piggy and Summer. And his “fairy rat father” makes his wish come true.The entire muppet baby gang is preparing to go to a royal ball in an episode of the CGI show when Gonzo sees the “royal handbook” and finds a dress he just loves. “I’d love to wear a dress like that to your royal ball,” he tells Miss Piggy, Summer, and Rizzo the Rat.
Unfortunately he’s told by Summer and Miss Piggy that the girls wear dresses and the boys go as knights, according to the royal handbook. He looks crushed. Rizzo notices how sad he is and then shares the good news that he is a “fairy rat father” who can make his dream of wearing a “splenderific” dress come true, complete with glass sneakers, a mask, and an egg transformed into a “hard-boiled convertible” to drive him to the ball.
Much like the original Cinderella, Gonzo only has until midnight to be “Princess Gonzo-rella,” and has the time of his life with his friends. Who, spoiler alert, accept his desire to wear a dress when he eventually confesses that he was the mysterious Princess Gonzo-rella.

So just because Gonzo is a male character who wants to wear a dress and the episode got positive comments for teaching children about accepting simple differences in themselves and their peers, conservatives are spinning it as some evil plot to endanger children. That's always the narrative with these bloodsuckers. Their fear mongering is stale and blase but always seem to strike a cord because it exploits fear of the unknown along with the fear that children will be harmed.
And it's ridiculous on so many levels. The episode has nothing to do with "enticing" children to 'become transgender.'  The idea that anyone, especially children, can be "enticed" to 'become transgender' is just plain ridiculous. It is an insulting and ugly simplification of  the complexity of transgender lives. The idea is so devoid of good sense that it doesn't deserve to be directly addressed except to say that anyone believing it should slap themselves. Hard. I'm talking Faye Dunaway as Joan Crawford in the letterbox edition of Mommy Dearest with a free wire hanger included in the DVD box set hard.
Secondly, the character of Gonzo has always been pegged as an odd muppet who has been dressing in drag since 1975 (as one person pointed out in a retweet to Owens). He has also dressed in drag on several episodes of the 80s animated show Muppet Babies. And not only him, but also several other characters.
Lastly (what the hell are 'manly muppets,' Candace Owens? Okay that's not the last point, but it's a damn good question) . . . lastly, what is the problem here other than the desire of some people to make their coins by scapegoating and denigrating other folks. Seems to me that the danger to children in this situation is the conjuring up of false phantoms by people and entities who obviously lack the will or desire to make an honest living. They see big bucks in elevating innocuous situations into Godzilla-type moral panics which, other than getting everyone worked up over nothing, gives them more online hits, more interviews on various media shows, and more attention.
It seems to me that the real danger in this situation to children - and to adults - is the message that respecting and accepting simple differences in people is a message which can be weaponized for fear and filthy lucre.
Posted by BlackTsunami at 4:58 PM No comments: 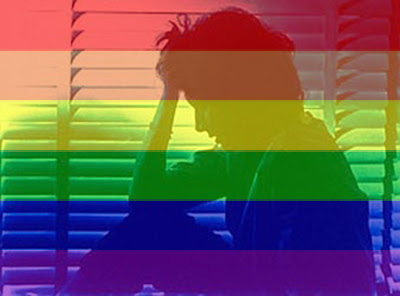 Conscience clause increases barriers to mental health care for LGBTQ youth, advocates say - This fake concern about religious liberty could harm our kids.
Ariel Nicholson is U.S. Vogue's first transgender cover model - Congratulations, Ariel!
Joe Biden tells press what infrastructure deal taught him about LGBTQ rights - Oh? How so . .
Gay Asian man & his parents beaten near Kamala Harris’s home in DC by man yelling slurs - I HATE posting stories like this, but they are good reminders for us to be careful. Some people are still tripping.
Posted by BlackTsunami at 9:24 AM No comments: