One of the main reasons for the success of a lot of these dreary "religious liberty" bills, ordinances, etc. is how the anti-gay right consistently brands the Obama Administration as anti-Christian.

Take, for example, part of this email I received last night from the Family Research Council:

So when the Church of Jesus Christ of Latter Day Saints (LDS) announced today that it wants to strike a balance between sexual orientation and religious liberty, those of us closest to the issue understand how impossible that is. "Gays win; Christians lose." Those were the words of the White House's own Chai Feldblum. An open lesbian, Feldblum has been candid about the LGBT agenda and its impact on faith. When homosexuality clashes with religious liberty, she was clear: "I'm having a hard time coming up with any case in which religious liberty should win."


The claim that Feldblum, of the Equal Employment Opportunity Commission uttered the words "gays wins, Christians lose" has been repeated by many religious right and conservative groups.

And - surprise, surprise - it's simply not true.   The meme was refuted in 2009 by Media Matters. Unfortunately, however, anti-gay groups kept repeating the story.

In 2012, this blog broke the story as to how this meme was brought to life.

Pat Robertson Urges Parents Not To Attend Their Gay Child's Wedding - Pat Robertson's mouth should have a warning sticker emblazoned on it which reads: "contents  will be hazardous to your health, frame of mind, sanity, general well-being, intelligence, etc. etc."  Plainly speaking, even if I happened to be a major homophobe and my child was gay I am STILL going to the wedding COMPLETE with my best "oh no you don't" look for anyone who would dare to stand up when the preacher asks "if anyone objects to this wedding . ."

'Bathroom bill' to block transgender ordinances passes first hurdle - Oh come on, people!! This is going to be so embarrassing in the future when our descendants discuss how people attempted to keep transgender men and women from using the bathroom in peace.

Far-Right Pundit: We Need An Anti-Gay Rosa Parks, Martin Luther King Jr. - Why stop there? How about a blood-thirsty Mahatma Gandhi or a anti-science Albert Einstein. Perhaps a tacky Coco Chanel?

Psychology Today Changes Its Position On Conversion Therapy Ads - THANK YOU! Next time, don't put up such a fight to do the reasonable thing.

Gay ex-ballplayer has the perfect response to Christian player’s criticism of his ‘lifestyle’ - I applaud Billy Bean for taking the high road here, but I have two questions. What exactly is the "gay lifestyle" because I have yet to get the memo. Also, how come heterosexuals have lives, but lgbts have "lifestlyes?" 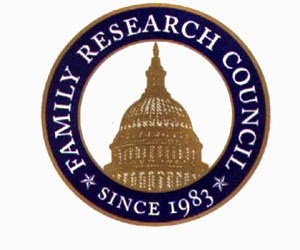 The Family Research Council has a special request which it sent via email:

In California, Massachusetts, Illinois, and D.C. religious adoption and foster care providers have had their government funding pulled and have been forced to end services, simply because they continue to believe in placing children with a mom and a dad.

This important legislation, sponsored by Congressman Mike Kelly in the House and Senator Mike Enzi in the Senate, will ensure that the interests of children are placed ahead of political correctness. Specifically, this bill will prohibit discrimination against faith-based child welfare service providers by the federal government and by states receiving federal funds for adoption and foster care services.
This bill will ensure that the maximum number of adoption and foster care providers can continue to advocate for children and will ensure that adoptive families can continue to work with a provider which shares their core beliefs.

Please contact your Representative and Senator and urge them to co-sponsor the Child Welfare Provider Inclusion Act of 2015.

It never ceases to amaze me what levels of which FRC will stoop to push their point of view.  The organization is slyly portraying these religious adoption and foster care providers as victims by playing down the most important part of the controversy.

FRC claims that these agencies are being denied government funds "simply because they continue to believe in placing children with a mom and a dad."

That's sleight of hand way of saying that these agencies are being denied taxpayer monies because they discriminate against same-sex couples.

According to The Slate:

. . . two congressional Republicans introduced the Child Welfare Provider Inclusion Act, which they claim is an effort to shield “adoption and foster care providers” from an “anti-faith bias.” This is a charming bit of doublespeak: The act’s real purpose is to nullify state-level laws that require child welfare services to let gay couples adopt children. In some states, religious adoption agencies have closed up shop rather than allow gay couples to adopt or foster children. According to the act’s sponsors, adoption agencies that take a courageous stand against gay adoption deserve federal protection.

. . .  The Christian right rails on and on about its pro-child policies, insisting that its opposition to gay marriage arises from a concern for children. But if you look behind the patina, you’ll see that it’s conservatives themselves—not gay people or their allies—who are actually harming children. First, the Christian right imposed a harmful stigma on the otherwise healthy children of gay couples; now they’ve now staked the claim that they would rather keep kids in foster care than let them be adopted out to loving gay parents. Conservatives’ crusade for legalized bigotry, it seems, won’t stop at demeaning gay adults. They’ve now placed children directly in their crosshairs, too.


In other words, it's not about what's best for children. To the Family Research Council, it is about giving gays a figurative kick in the chops . . . again.
Posted by BlackTsunami at 5:03 AM No comments: