Caitlyn Jenner Will Reportedly Attend Donald Trump’s Inauguration - Now some folks may think this is a bad thing, but I say it has wonderful potential. Sit her next to Franklin Graham or Tony Perkins. If so, I hope she knows judo or owns some pepper spray. Especially if she tries to shake Trump's hand.

Anti-lgbt hate group wants 'religious liberty' for Kim Burrell but not for Carrie Underwood - My post from this morning. It's going viral, but I want more. This is a wonderful discussion for the lgbt community to initiate BEFORE any Congressional action on one of those dreary "religious liberty" bills. Just whose "religious liberty" are they looking to protect?

Gay man legally donates blood after a year with no sex - I love his commitment, but at the same time, ugh to the dumb rule which made him do it in the manner which he did.

Donald Trump’s Inauguration Singer Speaks Out Against Transgender Bathroom Bills - Good for her in the way she used her platform!
Posted by BlackTsunami at 9:07 AM No comments: 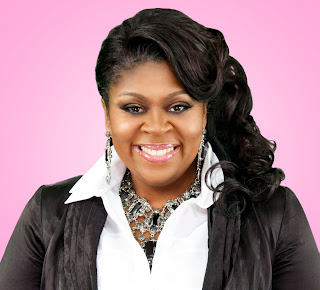 Under the Trump Administration, there will probably be a Congressional battle regarding the so-called concept of "religious liberty." When that time comes, I expect there to be a huge inundation of horror stories about "Christian"business owners being "forced" to act in opposition of their faith and serve members of the lgbt community. No doubt, the focus will be on bakeries, flower shops, and other wedding businesses. Of course the effects of "religious liberty" bills becoming law will be the allowance of discrimination against the lgbt community in a wide variety of places other than wedding businesses (because those individuals and groups supporting these bills have neglected to say where a line should be drawn) under the guise of religious expression.

We all know that when the religious right talks about "religious liberty," they are pushing anti-lgbt discrimination in terms which make it sound more palpable. My guess is that they don't really mean "religious liberty" for everyone.

Two recent incidents and a hate group's response to these incidents prove my point.

Popular singer Carrie Underwood has been criticized because she recently sang at Atlanta's Passion, an evangelical conference for youth. The reason? She supports marriage equality in accordance to her religious beliefs.  Leading the charge against Underwood is the anti-lgbt hate group, the American Family Association.

Via its online phony news site, One News Now, AFA focused two articles on criticizing Underwood and the founder of the conference, Louis Giglio. Both articles highlighted a letter written to Giglio by Wesley Wildmon, AFA's director of Outreach. The letter itself appeared Engage Magazine, another online project of AFA.

Read more »
Posted by BlackTsunami at 4:50 AM 3 comments: