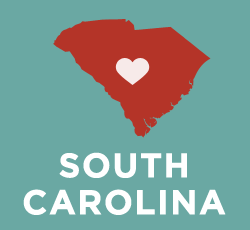 While members of the religious right are in Rome acting the fool in front of the Pope, in America marriage equality has crossed a HUGE plateau down South:

South Carolina’s Attorney General filed a motion for an emergency stay to delay marriages following a ruling by the U. S. District Court for the District of South Carolina striking down the state’s discriminatory marriage ban in accordance with the Fourth Circuit’s earlier decision striking down a similar ban in Virginia.

"The end game is clear - marriage will soon be available for same-sex couples in South Carolina. This is a great victory for same-sex couples and their families because it removes one more hurdle to finally walking down the aisle," said Beth Littrell, Senior Attorney in Lambda Legal’s Southern Regional Office based in Atlanta.

“We urge the Attorney General to stop trying to delay the inevitable - their actions are damaging to families they were elected to protect,” said South Carolina Equality lawyer Malissa Burnette, partner at Callison Tighe & Robinson.


“We are ecstatic as we get ready to go pick up our license at Noon on Thursday,” said Lambda Legal client Colleen Condon.


In honor of the inevitable and for those who fought hard for marriage equality in South Carolina, some praise shouting:

Posted by BlackTsunami at 2:46 PM 3 comments:

AG Wilson, same-sex Charleston couple on legal collision course in 4th Circuit - headed to U.S. Supreme Court? - We all knew that attaining marriage equality in South Carolina would be one hell of a fight. That's what it's shaping up to be. Come on, Mr. Wilson. Give it up, turn it loose.


#Humanum speaker accuses gay activists of hijacking civil rights movement; 'God will not be mocked!' - Girlfriend, you can run that line about "highjacking" until you are blue in the face. And speaking of mocking God, you all are getting mighty close to it.

#Humanum at the Vatican: Courting inequality at expense of goodwill - Looks like to the Pope, vicious homophobia equals "good will."

Jim Garlow: Religious 'Onslaught' Needed To Fight 'Demonic' Gay Marriage - And Garlow is just one guest at the Vatican.

15 same-sex couples marry in mass legal ceremony in Sedgwick County - Victories like this should happen all of the time.

Myths About Transition Regrets - A very good friend of mine, Brynn Tannehill, dispels some ugly myths about our transgender brothers and sisters.
Posted by BlackTsunami at 9:11 AM No comments:

Children should never be props for homophobia 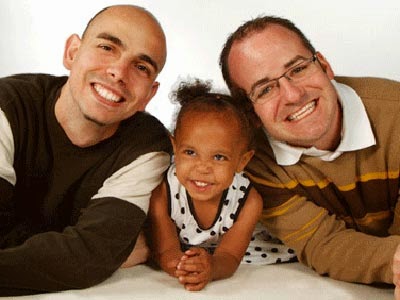 In this fight over marriage equality, the most disturbing thing to me is how folks affiliated with the National Organization for Marriage, the Heritage Foundation, and other so-called pro-family groups have no problem exploiting children as props for homophobia.

What I mean by that is typified by a  talking point they all use:

All children have a right to a mother and a father.

But it is also fiendishly deceptive statement which typifies the lack of reality encompassing opponents of marriage equality.

It is implied that we are so selfish that we are willing to put children in a state which will lead them constantly disadvantaged.

To me as a gay man, that is totally offensive.  And it is a lie.

However, more importantly, the statement that "all children have a right to a mother and a father" deliberately ignores the reality that all children do have mothers and fathers.

You see, when NOM, the Heritage Foundation, etc. start talking about families, they mean only one concept of family. A man and a woman joined together and raising children. While there is nothing wrong with this concept, to heavily imply that this is the only concept that matters in terms of family is dangerous.

These organizations ignore the fact that sometimes the mother/father setting may not be the best place for the child, i.e. some mothers and fathers have no business raising children. These organizations also conveniently ignore single parent households, children being raised by relatives.  And more importantly, orphans and especially children in the foster care system.

One can imagine how better the world would be if these so-called pro-family groups would used their skills, money, and influence to find permanent homes for orphans and children in foster care instead of attacking families for not fitting into their narrative.

Unfortunately though, one gets the impression that they don't care about these children or any families they can't exploit for their narrative.
Posted by BlackTsunami at 4:59 AM 2 comments: