On Thursday, the House of Representatives will be voting on the Equality Act and it looks good. If it passes the House, it will go to the Senate where I'm sure things will be a bit more, shall we say, boisterous.

The religious right, right-wing groups, and the anti-LGBTQ industry have been working overtime with their government allies dreaming up excuses and other assorted lies to derail the Equality Act. But at least for this one time, I'm not going to waste time refuting their nonsense.

I think I've haven't been cutting to the chase.

Truth be told, Family Research Council president Tony Perkins already told us in 2011 why his side opposes the Equality Act. It's relatively simple and we've all known the reason. We simply don't point it out enough:

Did you get all of that? If not, allow me to paraphrase.
According to Perkins, LGBTQ people are evil, sick sinners who pawns of the devil. And as such, we don't even deserve to get cheese on ham sandwiches, to say nothing of equal rights.
The problem is not so much that Perkins and company believe this. It's also about their reluctance to say it out in the open. They know that if they did, more folks would see that their opposition to our rights and safety is less about general concern and more about homophobic animus.
Posted by BlackTsunami at 5:17 PM 1 comment: 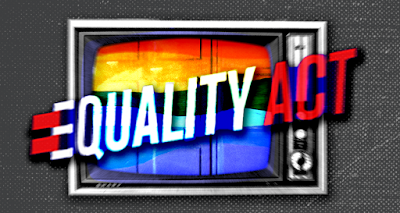 Here's how right-wing media will lie about the Equality Act - Very comprehensive and wonderful post by Media Matters. Folks need to read and share this.
The Biden administration is planning to push for allowing gender-neutral markers on federal IDs - Another reason why voting matters.
Lesbian opens up about pain of being shut out of her mother’s will because of her sexuality - Sometimes it's hard to deal with how people are so cruel to one another.
Ban on LGBTQ ‘panic’ defense nears in Virginia - Good! I'm all for it.
Posted by BlackTsunami at 9:00 AM No comments: