American Family Association showcases those not supporting its campaign against Walmart 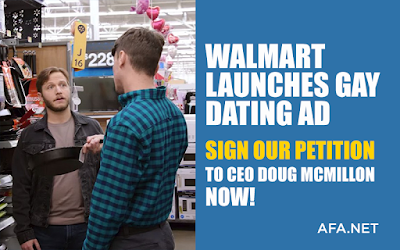 Hate group the American Family Association is angry at retail giant Walmart for its ad featuring a gay couple. The group is mobilizing its supporters to sign a petition demanding that Walmart remove the  ad because it supposedly "normalizes" same-sex relationships and to "stay neutral" in issues such as these.

Whether this campaign is gaining traction unknown, but AFA seems to be desperate in attempts to goad its followers. 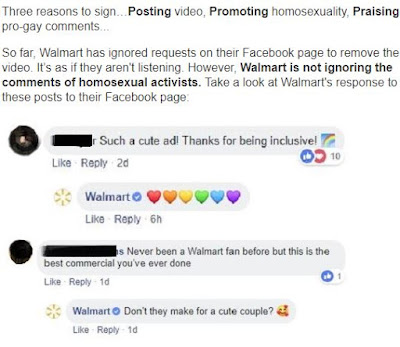 It's a comical tactic, but not necessarily a dumb one. On its fake news source, One News Now, AFA can always count on its supporters to rail against the LGBTQ community as shown below:

The biggest problem is that normalizing abnormal behavior gives permission to do the behavior which by God's standards is sin, abominable sin. It leads to NO eternal life with Christ. I thought our place on earth as His ambassadors was the same as Jesus - be the best Christ we can be, explain our reasoning, and bring them to wonderful gift of eternal life with their Messiah. Walmart will now be under judgment for leading "the little ones" to sin and the Bible says the penalty for that is: it would be better that a millstone be put around their neck and be quickly thrown into the sea - to drown. I pray the gift of repentance be given to the Walmart officials that made this decision and to those who trusted them and followed it.

"normalizing abnormality"....the ultimate oxymoron, eh? But the left, dims, alphabet people will never 'get it ' until they truly experience God's love and His grace and mercy! I KNOW people in the homosexual "lifestyle' CAN Change....their hearts are hardened for now!

To see if love is in the aisle? I tell you what IS in the aisle... VOMIT!!! Clean up on aisle 6!!!! Seeing all of these commercials and shows anymore being what I called "gayed up" makes me sick!! If the gay community was as large as hollyweird makes it appear in their shows and commercials, one would think that 50% or more of America was gay. That is simply not the case, it is a small percentage, but they are trying to make it seem so much larger than it is by using this tactic. The progressive left is SICK!!!!!!

I guess AFA thinks that showing how some are making fun of its campaign will galvanize its supporters even more. Maybe. Or maybe not.
Posted by BlackTsunami at 4:08 PM No comments: 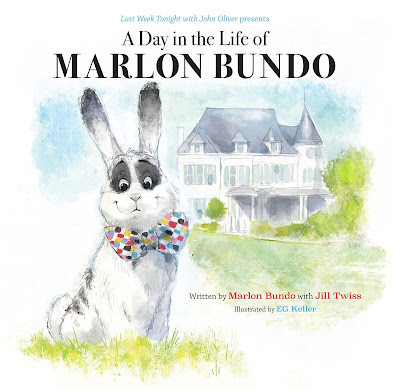 Teacher should have checked before reading book about gay bunnies but caused no harm, Seminole schools say - Amazing. When I was a child, I was read stories about wolves eating little girls dressed in red, witches in gingerbread houses attacking children, little boys climbing beanstalks and avoiding hungry giants. And let's not even get into the violence of Biblical stories. This bunny is simply gay and folks get scared.


These prominent Americans are speaking at far-right Russia conference linked to sanctioned oligarchs - There are so many of them out there. Ugh!

Terry Crews apologizes for calling children of same-sex parents ‘severely malnourished’ - Yes you should apologize and do better, Mr. Crews. And we need to have a conversation about same-sex parenting in the African-American community.

Cynthia Nixon Comes for Mike Pence in a Blistering New Op-Ed - Get him, girlfriend!
Posted by BlackTsunami at 8:32 AM No comments: