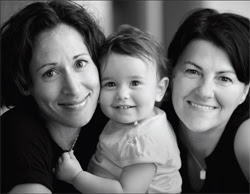 You don’t have to be the perfect “gay parent” right now. We’re all doing our best. - This piece is VERY appropriate right now.
Indigo Girls's fears for LGBTQ youth during pandemic: 'Praying people find their chosen family' - Thank you, ladies.
Paige Kreisman: Kicked Out of the Military, Now Running for Office - When faced with bigotry and hate, running for public office is a good way of combating it.
Four gay men with HIV released from ICE custody - Good.

Posted by BlackTsunami at 5:40 PM No comments:

Everyone hates Trump's press briefings. They were supposed to be about the coronavirus pandemic, but since Trump can't have any of his therapeutic "rallies,"he has decided to dominate the briefings. Monday's was especially awful. But it should serve notice to folks who claim to be "uninspired" by the prospect of a Joe Biden presidency.because it puts the appropriate question in front of them. And that question is:
Do you really want four more years of this shit?

Trump to @PaulaReidCBS, who asked him about the slow federal coronavirus response: "You are so disgraceful ... you know you're a fake." pic.twitter.com/6iKl6eyPX3

For anyone who was lucky to miss Trump's latest escapade, the above video is him lashing out at CBS reporter Paula Reed for asking him about his ignoring and lack of preparation for the pandemic - something he has been called out for on many occasions. I have to give it to Reed for maintaining her professionalism as he dodged her legitimate questions by insulting her. And as long as I'm giving out compliments, whoever was doing the chryon for CNN did NOT come to play: 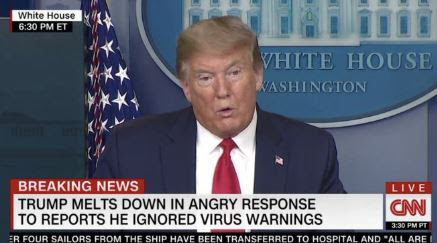 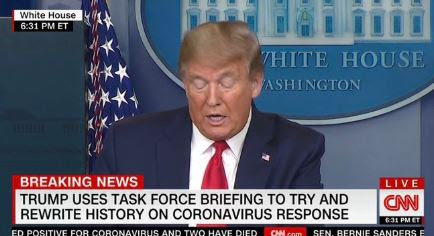 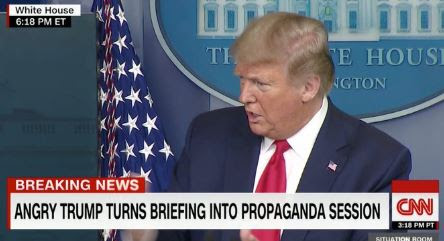 But back to the appropriate question. Do you really want four more years of this shit?
Posted by BlackTsunami at 5:26 PM 1 comment: