Linda Harvey's obsession with attacking gays is so comically annoying

Linda Harvey, the former advertising executive who "found Jesus" never lets any situation go by without attacking the gay community.

And I do mean any situation and that includes the Gay Games:

Linda Harvey is not happy that an Ohio Republican group is welcoming attendees to this year’s Gay Games, the event for LGBT athletes that is taking place in Cleveland and Akron. The Ohio-based activist, who hopes to ban LGBT Pride Parades, denounced both the Gay Games and the Cuyahoga County Republicans today on her “Mission America” radio commentary: “Why do we need events like this which give legitimacy to a deviant and harmful lifestyle? The purpose of the Gay Games may well be to try to create a different impression and disguise the truth, which is that homosexuality is associated with much higher health risks and it is not life-honoring and life-giving behavior but the opposite.”

Geez girlfriend. Get a life. Or can it be that Harvey is nursing some old wounds like Jonathan Saenz, the anti-gay spokesman out of Texas whose wife left him for another woman. (Editor's note - seeing that this news about Saenz came out today, I know some of you are asking "well why aren't you covering that?" Really folks! I don't cover such soap opera drama. But I didn't say I wouldn't link to the article so that you can read all about it. Hint, hint, hint.)
Posted by BlackTsunami at 3:05 PM No comments: Links to this post

Video Shows Houston’s Anti-LGBT Activists Knew They Were Violating Signature Collection Rules - I almost miss the days when those who practiced deception had at least some style about it.

Report: Marriage equality would add $53 million, new jobs to Mich. economy - Not that it matters to SOME people.

Mike Huckabee Warns Anti-Gay Gathering That America Is Becoming Like Communist China - Of course he does. He has to pay for that beach house of his SOME WAY.

Pat Robertson: 'Are We Going To Have A Revolution? We Ought To Have Something' - Yeah right. As soon as you and Todd Starnes get off of your fat asses and stop collecting your fat salaries for exploiting the beliefs and fears of Christians. . . and that ain't going to happen any time soon.

GOP Rep Thinks U.S. Foreign Policy Focuses Too Much On Abortion, LGBT Rights - He uses the phrases "abortion agenda" and "lgbt agenda" to cover up the fact that women's health issues and the persecution of lgbts abroad are important issues which do need our attention.

Finally, when no words can suffice over the unnecessary passing of someone who touched us all so much with his humor, wit, and ability to make us laugh about almost any and every thing: 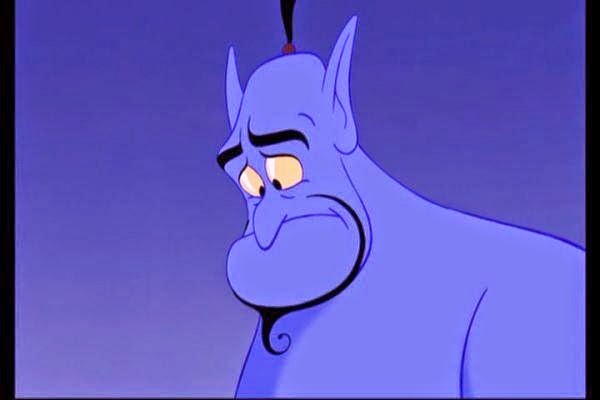 R.I.P.
Robin Williams
Posted by BlackTsunami at 9:10 AM No comments: Links to this post

Geez, which is it, guys:

At W.W. Bridal Boutique, it isn't unusual to see two women shopping for wedding dresses. What is unusual is two women shopping for wedding dresses for the same ceremony. That's the predicament Victoria Miller found herself in as the owner of the Pennsylvania shop. When a lesbian couple contacted the store for an appointment, Victoria explained that she couldn't help the women find gowns for a ceremony that violates her Christian faith. Right now, an employee explained, the Bloomsburg store doesn't service same-sex weddings. Instead of showing the tolerance their movement claims to practice, the women turned to social media to bully the shop -- trashing its online reviews and sparking a city-wide firestorm. Miller, whose orthodox beliefs are in the bulls-eye, isn't backing down. "We feel we have to answer to God for what we do," she told reporters, "and providing those two girls dresses for a sanctified marriage would break God's law." Obviously, W.W. Bridal Boutique isn't the only wedding dress shop in town. These women could have easily taken their business elsewhere -- but chose to retaliate instead. That's because, at its core, this isn't about accommodation. It's about forced acceptance. When religious liberty clashes with homosexuality -- as it has from bakeries to flower shops -- the storylines are all the same: conform or be punished.

Target and other companies need to be forced to realize that it is their alignment with the radical cause of redefining marriage that is "bad for business"—not states' marriage laws that uphold and protect the common-sense idea that kids do best with a mom and a dad! So I'm announcing a new boycott today, against Target, for insulting consumers like you and me. The brief they signed in court this week insinuates that people like you and me, who would vote to uphold traditional marriage, as akin to segregationists and racial bigots. Would you want to shop at a place that viewed you in that way? I'm not exaggerating. Take a look at this description, from the brief, of the marriage laws in Wisconsin and Indiana: [A law that defines marriage as the union of a man and a woman] requires that… we single out colleagues with same-sex partners and treat them as a separate and unequal class as compared to employees with heterosexual partners. Target also complains that such a law "upsets our business philosophy and prevents [us] from reaching our full economic potential because it dissuades employees from living and working in the jurisdictions where we do, or want to do, business."


If two lgbt groups held such contradictory positions, you just know it would be a subject widely debated in the media.  In this case, no one but the crickets seem to be making noise about these two contradictory positions on boycotting held by anti-gay groups. I think it's because we aren't making enough noise to draw attention to the hypocrisy. Sometimes it's not about what the anti-gay right gets away with. It's what the lgbt community allows them to get away with.
Posted by BlackTsunami at 5:09 AM 2 comments: Links to this post