I think the GOP is starting to recognizing the severity of its problems under the Trump Administration - problems which will exacerbate to their worst should Roy Moore win the Alabama senatorial election this evening.

And a recent request from Sen. Chuck Grassley (R-Iowa), the chairman of the Senate Judiciary Committee, to Trump gives further proof of this.

Grassley told CNN that he urged Trump and the White House to rethink the nominations of Jeff Mateer and Brett Talley.

Mateer, whom Trump nominated to become a federal judge in Texas, has faced criticism for a series of 2015 speeches on religion and homosexuality. In those remarks, he described transgender children as part of “Satan’s plan,” compared homosexuality to bestiality and advocated for gay conversion therapy.

Critics called Mateer's September nomination to the U.S. District Court for the Eastern District of Texas "a gift to anti-LGBT activists." His nomination has yet to receive committee approval.

Read more »
Posted by BlackTsunami at 4:18 PM No comments: 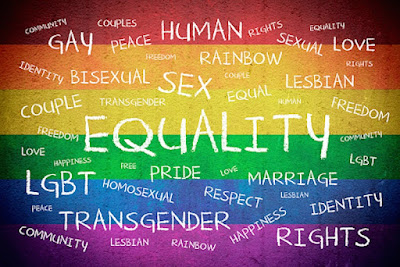 Why This Alabama Dad Is Protesting Roy Moore In Honor Of His Daughter - Easily the saddest and most poignant story of this Roy Moore mess. I don't care what your political persuasion may be or where you are from - no parent deserves to lose a child for any reason. And this reason is one we have unfortunately seen so many times. It's what we need to think about when we fight for every aspect of LGBTQ equality. We aren't just fighting for ourselves but also for our children, particularly what they see and hear and how it affects them. And please don't give any nonsense about not caring about an issue until it affects you personally because that's how change usually happens. My heart grieves with this man and I hope one day that he will find peace for himself and his late daughter.


Trump is fighting for his transgender military ban, despite multiple court setbacks - You lost this one, Trump. Deal with it.

McCain and Cardin: Trump ‘largely silent’ on human rights abroad - And how many of us should be surprised? Trump is not only screwing up things for LGBTQs in America, but he is taking his shit-show worldwide.