Don't let the recent SCOTUS decision fool you. The anti-gay right are the ones who are the bullies.

The anti-LGBTQ industry is still celebrating Monday's SCOTUS decision and already seems to be planning their steps for future attacks on the gay community. I have it on great authority that they are pushing the idea of "anti-religious hostility" as a key to them winning more cases and p[ossibly undermining the entire concept of marriage equality by claiming that it in itself is an attack on "religious liberty."

Hopefully, that will be a little easier now that the court seems willing to hold the anti-faith bullies accountable. It's exactly, David French points out, the kind of pushback Americans have been waiting for. "Since the rise of the gay-marriage movement, it has become fashionable to decry dissenters as haters and bigots, to attempt to write them out of polite society in the same way that the larger American body politic has rightfully rejected the Klan... This week, the Supreme Court said 'enough.'"


First of all, let's clear something. The Supreme Court didn't say anything anywhere near what Perkins and the slop artists writers he employs and cites conjured up.

Secondly, the idea of attempting to prove "anti-religious hostility" on the part of those who won't let people discriminate on the grounds of religion is a good idea. It  sounds desperate because it implies that the religious right were more disappointed with the narrow scope of Monday's ruling than they let on.  However, they are on to something, even though I don't know if it will lead to success or open embarrassment for being so pathetically obvious.

But, like almost everything Perkins and the rest of the anti-LGBTQ industry undertakes, this tactics is highly deceptive. Perkins epitomizes this lie when he said:

Since the rise of the gay-marriage movement, it has become fashionable to decry dissenters as haters and bigots, to attempt to write them out of polite society in the same way that the larger American body politic has rightfully rejected the Klan..


Perkins and the writer he cited deliberately failed to note that when marriage equality dissenters are called haters and bigots, it's probably because of the things they have said and sent out about marriage equality and the LGBTQ community at large. However, by whining that they are unfairly being called haters and trotting out easily exploited people like the baker, Jack Phillips, they rarely have to address their long history of attacking and demonizing the LGBTQ community. This "anti-religious hostility" talking point is merely the latest tactic. But the truth is on our side, as well as the "receipts" concerning their anti-gay hostility and animus. The solution is to bring that animus into the debate. Goodness know that we have more than enough evidence. The following are just an example of the things which need to be a huge part of the "cultural conversation."

Read more »
Posted by BlackTsunami at 6:04 PM No comments: 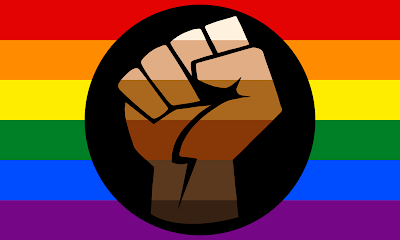 Religious Right Ecstatic Over Supreme Court Ruling On Baker Who Refused Wedding Cake For Gay Couple - Of course the religious right has to crow about yesterday at SCOTUS. After all, they still need to fundraise, even at the point of lying about what the baker's victory meant. Don't be put off by their statements of how the decision is the "greatest victory since (feel free to insert)." They do that all of the time they win something.


"Open season on Christians": Hate group leader Tony Perkins says LGBTQ activists are "targeting" Christian wedding vendors - Meanwhile the lies which prop up their game continue and on Fox News where there will be no proper pushback. Notice the language Perkins uses. It's no different than when they say we "recruit" children. It's all about deliberately creating a connotation which paints gays as the "shadowy other" other instead of tax paying Americans, some who are raising families. Of course his lies must be refuted BUT when we don't also draw attention to the language he uses, we fail to properly direct people's attention to the propaganda.

NRA spokesperson Dana Loesch compares an anti-gay baker having to serve a gay couple to “slavery” - Lawd, hammercy. I swear the longer they talk . . .

These Gay Men Have Spent 30 Years Learning How To Be Long-Term HIV Survivors - These guys are wonderful. Listen to them.

The Next Generation Of LGBTQ Leaders Is Here - In spite of the madness, we are in good shape. We just need to mentor them well.