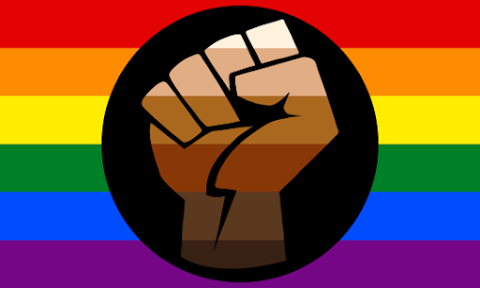 How 3 Major LGBTQ Centers Are Virtually Keeping Their Communities Alive - We need more good news like this.
Campaign to Help LGBTQ Seniors Reminds Us Love Is Not Cancelled - Amen!
Coronavirus jeopardizes LGBTQ groups’ $22.6 million budget request - Well damn. This is not good.
Mormon leaders address coronavirus pandemic, somehow manage to make it about ‘sinful’ gay sex - But don't they always?
Posted by BlackTsunami at 3:47 PM No comments:

I interrupt my usual banter because I feel that this is a video which needs to be seen and shared as much as possible. And it concerns all of us, including the LGBTQ community. Years ago, some folks said that Fox News was dangerous, not necessarily because of its right-wing conservative slant, but because of the lies and propaganda its personalities freely push in pursuit of that slant. These folks were pushed aside, laughed at, or generally ignored. Even when Fox News backed up Bush's "weapons of mass destruction" lie, undermined Obama at every turn, helped to transform Hillary Clinton into Satan's female twin in the eyes of many Americans, etc. etc., excuses were made for the network.
And now we're here and no one is laughing. We rightfully blame Trump and his incompetence for how the coronavirus has negatively impacted this country. But let's not forget his helpers.At every turn, Fox News trivialized or made light of the pandemic. Instead of informing the country, its personalities bent over backwards to defend Trump or make excuses for him.   As the above video proves, Fox News should share equal blame for the lives lost in America during this COVID-19 pandemic. Everyone who works at Fox News - and I mean everyone - has blood on their hands. And I hope history never forgets.
Posted by BlackTsunami at 3:16 PM 1 comment: