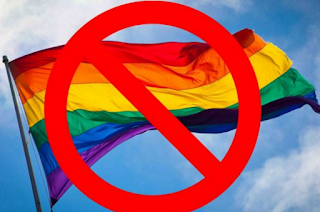 Even though Florida's 'Don't Say Gay' bill may still become law, there is no question that it has galvanized the state's LGBTQ community.

Not to mention over 150 companies

And now @Marriott , @HiltonHotels , @AmericanAir , @Airbnb join 150+ other companies in opposition to anti-LGBTQ legislation like the Don't Say Gay bill in Florida and others around the country.

The bill made it out of a Senate committee meeting.

By a vote of 12-8, Don't Say Gay passes its final committee. It will now go to the Senate floor.

But it got righteously wrecked during the meeting by people speaking against it.

"It is always age appropriate to talk about the fact that we exist."@JoeSaunders4FL with @equalityfl hitting at what critics say is the root of the issue with #DontSayGay bill -- the insinuation that any discussion on LGBTQ = sex. @10TampaBay pic.twitter.com/S9Fq15XGeO

Public testimony persists nearly an hour in. An overwhelming number of those in attendance oppose the Don't Say Gay bill. Including students who traveled 7 hours from South Florida. pic.twitter.com/0U9WrIaOQa

. @senpizzo is angry that after delaying a bill analysis for days, no one from @EducationFL was sent to help explain their analysis of the bill.

3 months after removing LGBTQ anti-bullying resources from their website, they are absent on Don't Say Gay. pic.twitter.com/WJFSaakm1t

Leader Book notes that we trust teachers to be educators, first responders, and even security guards. We should trust them to teach. pic.twitter.com/yvm3dpxdJ4

So while Florida's 'Don't Say Gay' bill is a travesty and may still become law, it has motivated many in the state to speak out, publicly defending themselves and their LGBTQ family members and friends.
And the LGBTQ kids standing up for themselves is icing on the cake.
Posted by BlackTsunami at 3:57 PM No comments: 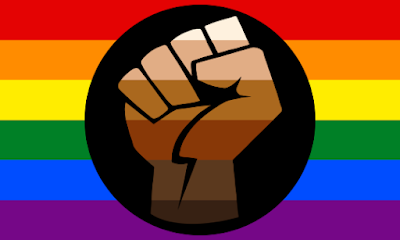 Right-wing media blame LGBTQ equality, “pride flags” for Russia’s invasion of Ukraine - They blame us for everything else. Why not this.
Conservatives freak out because teachers won’t be able to look up students’ sexes anymore - 'Conservatives freak out' is turning out to be a very consistent headline.
How Texas' war on trans youth feels when you have a trans child - This war on trans kids and their affirming parents must end.
SCOTUS Nom Ketanji Brown Jackson Has Nearly Flaw-Free LGBTQ+ Record - Just when I thought I couldn't get any more pumped up and happy about Justice Jackson's nomination.
Posted by BlackTsunami at 9:00 AM No comments: