Recently, something very crucial happened in the fight against Trump's ridiculous ban on transgender troops. People should be paying more attention to it, but they can't if they aren't informed about it:

According to Military Times:

Air Force Chief of Staff Gen. Dave Goldfein told Congress Tuesday he was not aware of any negative effects from transgender personnel serving, joining all three other service chiefs in a rare public split with President Donald Trump over the issue.

Sen. Kristen Gillibrand, D-N.Y., as she had with the top military leaders of the Army, Navy and Marine Corps when they appeared before the Senate Armed Services Committee for their budget hearings, used the opportunity to question Goldfein as to whether he was aware of any “issues of unit cohesion, disciplinary problems or issues of morale resulting from open transgender service.”

“In the last two weeks Gen. [Mark] Milley, Gen. [Robert] Neller, and Adm. [John] Richardson have told me that they have seen zero reports of issues of cohesion, discipline, morale as a result of open transgender service in their respective service branches,” Gillibrand said, referring to the chiefs of staff of the Army, Marine Corps and Navy, respectively.


And just in case you need a video of it, the following is courtesy of the Human Rights Campaign:

So all four service chiefs contradict Trump when it comes to transgender troops. Just who is Trump listening to when it comes to his ridiculous trans ban?  I think we know and slowly as the truth comes out, the entire country will know.
Posted by BlackTsunami at 5:34 PM No comments: 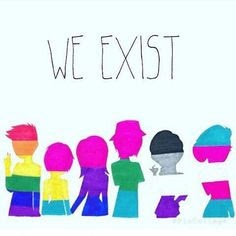 LGBT rights debate heats up Mansfield school board meeting. And the winner is ...-  A suspended lesbian art teacher in a Texas elementary school is under fire. She has lots of supporters and will probably come out as the winner, but the entire situation underlines a huge problem. She didn't do anything that could be perceived as remotely eyebrow raising. All she did was to inquire about about anti-discrimination protections in her area's schools. That's right. Simply asking about anti-discrimination protections will get you accused of violating religious liberty, wanting girls to be attacked by "male predators" in the bathrooms (i.e. the transphobic horror story du jour) and being accused of attempting to indoctrinate students. It's about homophobia and prejudice, but folks won't admit it and why should they.  They can use the language created by the anti-LGBTQ industry. They will tell you that they don't hate gay people, they are just concerned about their children. That's the hidden danger of religious right anti-gay propaganda. They give people a seemingly justifiable reason to not only hate us but deny us equality.

Joy Reid Doubles Down: Homophobic Posts ‘Hacked,’ ‘Fraudulent’ - I'm going to say this point blank. Folks need to pay attention to how outside interests are manipulating us to turn against our own. I'm on Reid's side here in this situation. Check out the scenario - we have someone doing good work to call out lies, someone goes digging into the person's past and finds negative things. She acknowledges these things and apologizes. Someone conveniently goes digging again and supposedly finds "new things." There is a time and a place for everything but folks need to recognize game, especially when the players of the game are familiar ones (i.e. that jerk Glenn Greenwald). Now is not the time to allow folks to exploit what they perceive is your weakness. If it happens in this case to Reid, count on other allies having things dug up on them and/or made up against them. I remind folks of how Strom Thurmond tried to use Bayard Rustin's past arrest for being caught having public gay sex in a car to undermine the 1963 March on Washington. Black folks were hip to the nonsense and didn't fall for it. Let's act the same.

Massachusetts schools to give LGBT history and health lessons - Possibly one of the newest battlefields in our pursuit of equality and self-determination.

Virginia GOP candidate freaks out after learning kids in California may learn LGBTQ people exist - My point of the above news brief better expressed.
Posted by BlackTsunami at 9:20 AM No comments: