Bad ruling for 'ex-gay' therapy is a warning to LGBTQ Americans. Trump's judges have no problem showing their biases against us. 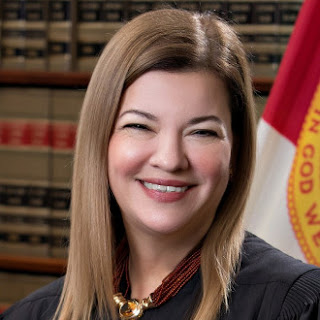 Last week, courtesy of two Trump-appointed justices, there was a shamefully bad ruling with regards to ex-gay therapy and minors.

A federal appeals court on Friday struck down two local ordinances that prohibited therapies that attempt to alter the sexual orientation or gender identity of LGBT youth. Such therapies go by names such as “conversion therapy,” “reparative therapy,” “sexual orientation change efforts” or “ex-gay therapy.” A three-judge panel on the U.S. Eleventh Circuit Court of Appeals in Atlanta found that bans in the city of Boca Raton and Palm Beach County, Florida violate the First Amendment of the U.S. Constitution. The 2-1 decision was written by U.S. Circuit Judge Britt Grant. Joining Grant in the majority was U.S. Circuit Judge Barbara Lagoa. Both judges were appointed to the bench by President Donald Trump.

What makes is especially awful was how the justices reached the decision. According to Atlanta Journal Constitution, one of the justices who struck down the ban, Britt Grant:

. . . cited a 2009 report from the American Psychological Association that found there had been a complete lack of “rigorous recent prospective research” on the practice.

But as for evidence which proved the ban was necessary, Grant took a different point of view.
Read more »
Posted by BlackTsunami at 5:07 PM No comments:

Ben Shapiro complains about the holiday film Happiest Season for featuring a lesbian couple - Gasp and swoon! A holiday movie included LGBTQ people. Everyone knows that half of us go back to our Satanic cocoons during the holidays while the other half plots our evil plans for the coming year. Which half is usually decided by a coin flip.
New Study Shows Association between Negative Media Portrayals of Transgender People and Adverse Mental Health Outcomes - From the Department of "No Shit, Sherlock."
Gay parents shouldn't both be on child's birth certificate, Indiana AG argues - Oh come on! Don't be so petty.
This frontline healthcare worker is changing the conversation around transgender people - Sometimes, our heroes are the ones you don't notice.
Posted by BlackTsunami at 8:45 AM No comments: