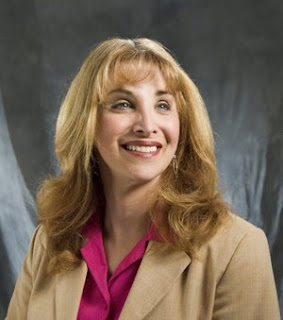 On the heels of  President Obama naming Amanda Simpson as a Senior Technical Advisor to the Department of Commerce (making her the first transgender presidential appointee) and the controversy amongst ignorant people it has caused comes the news that the Family Research Council is trying to use her appointment to stop ENDA (the Employment Non-Discrimination Act.

I received this email from FRC:

On New Year's Eve, when most Americans were waiting for the ball to drop in Times Square, the Obama Administration dropped another bombshell in its agenda to radicalize America by appointing its first openly "transgender" person to a high federal post. "Transgender" is an umbrella term for anyone who "expresses" a "gender identity" contrary to their biological sex at birth-in other words, men who claim to be (and dress as) women, and vice versa.

Mitchell Simpson, a man who had sex-change surgery and now calls himself a woman (named "Amanda"), was appointed as Senior Technical Advisor to the Commerce Department. Simpson announced that "as one of the first transgender presidential appointees to the federal government, I hope that I will soon be one of hundreds."

The day after Simpson began work, The New York Times reported that the main website advertising jobs with the federal government now says there will be no "discrimination" based on "gender identity"-even though Congress has never passed a law saying that.

This new policy applies only to the federal government. But there is a bill being considered in Congress, the so-called "Employment Non-Discrimination Act" (ENDA), which would require every employer in America to open every position to homosexuals (by making "sexual orientation" a protected category) and "transgenders" (by protecting "gender identity").

All American employers including Christian owned businesses and potentially Christian ministries would be affected.

"Gender identity disorder" is a recognized mental illness that should be treated-not affirmed and protected. And the right of employers to set "dress and grooming standards" for their employees should include the most basic standard of all-that people dress in a way appropriate for their biological sex.


Despite my name added to it, Perkins' note is simply a form letter.  I wish it were an actual personal correspondence. That would have meant I could have emailed Perkins back personally with some choice words I haven't used in years.

Seriously, FRC's letter is ludicrous and gay-baiting (i.e. pink-baiting) at its worse. And it's par for the course in terms of how the religious right have reacted to Simpson's appointment:

"Is there going to be a transgender quota now in the Obama administration?" asked Peter LaBarbera, president of the anti-gay group Americans for Truth. "How far does this politics of gay and transgender activism go? Clearly this is an administration that is pandering to the gay lobby."


"Simpson's nomination was forwarded through to President Obama by a gay activist group, making it appear that this appointment of a male-to-female 'transgender' activist to a high level Commerce Department position to be payback to his far-left base for their political support," a spokeswoman for Focus on the Family said in statement.


However,  it emphasizes something which the lgbt community needs to take to heart.

We know that the religious right will attack ENDA via ugly anti-transgender propaganda. They view ignorance about the transgender community as a weakness which they will try to exploit in an effort to kill protection for us all.

And bottom line - whatever ignorance or infighting we have going on needs to be stopped now.

We may view ourselves as passengers in different ships but when it comes to religious right propaganda and efforts to keep us from getting our rights, we are all in the same boat.

I'm always amused by the fact that anti-LGBT activists like to point out that GID is a recognized disorder, but take care to never mention the recommended treatments for it. After all, pointing out that "proper" treatment isn't about getting "men to act like men" would ultimately hurt their cause. The level of their disingenuity is always amazing.

I picked up on the "Gender Identity Disorder" bit too... I've always understood that Gender Identity Disorder is something different from just being transgender. I think that some people with genuine angst and confusion and "disorder" in their psyche can even seem to be "trans" but they are not the same thing. I have met some transgender people who are very sane, stable and reasonable - so I don't think that those people are "suffering" from anything except the prevailing discrimination they face in our society.
But of course, that's the thing about haters - they always lump everybody in together like that. Transgenders, psychotics, child molesters, gays, blacks, illegal immigrants, muslims, satanists... We're all just one big crazy army of anti-family devil-spawn as far as the haters can tell.