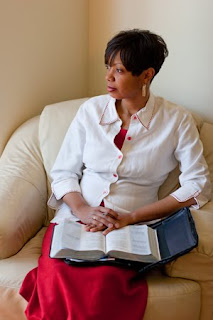 A religious right cause celebre has been knocked down by federal courts on Monday:

A federal judge today dismissed a lawsuit brought against Eastern Michigan University by a master's student who said she was removed from the school's counseling program because of her strong religious views against homosexuality.

As part of her course work, Ward had refused to counsel homosexual clients, saying she believed homosexuality was morally wrong.

The university removed Ward from the counseling program after determining her actions violated university policy and the American Counseling Association (ACA) code of ethics.

Julea Ward sued the university in 2009, alleging violation of her First Amendment and religious rights.

On Monday, U.S. District Judge George Caram Steeh ruled in favor of the university and granted it summary judgment.

Ward had been touted as the lastest "victim" of the so-called homosexual agenda by members of the religious right, including your friend and mine, Peter LaBarbera.

Let's hope that the court's ruling is the last we hear of this nonsense.

Hat tip to Ray Whiting, one of my new online buddies.

Posted by BlackTsunami at 4:36 AM

This is good news, but somehow I doubt it is the last we will hear of it. Being "unfairly treated" by the courts as well as the university has the potential for even better publicity than a trial. She can make the rounds of talk shows and there will be no one there to challenge her statements and refute her position.

I hope that the courts in Augusta, GA rule the same way in a similar suit.

Ironic. Whenever we ask for the exact same rights they have we're accused of demanding "special rights". They actually demand special rights, in that they want to be allowed to ignore rules, regulations and laws everybody else must obey just by citing their "faith"--which changes on a whim.

If this woman only wants to counsel those who have the same religious beliefs, then she needs to join a nunnery, not the ranks of scientists.

Let's see if this extends to the pharmacists who refuse to fill Rx's for birth control because of their "religious beliefs." In small towns this is as dangerous as any action.