How did I miss this one: 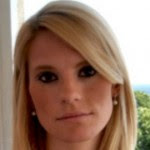 Augusta State University's requirement that a graduate student read material about counseling gays and increase her exposure to that community after she objected to counseling homosexual clients was "academically legitimate," a federal court judge ruled Friday.

U.S. District Judge Randal Hall's decision enables university officials to expel Jennifer Keeton if she does not follow the remediation plan, which professors designed to "address issues of multicultural competence and develop understanding and empathy."

Hall said the case is not about "pitting Christianity against homosexuality," but rather the constitutionality of the school's requirement.

This denunciation comes at the heels another case in which a student claimed that she was "forced" to choose between her religious beliefs and her vocation. Last month, the courts ruled against Julea Ward, a student at Eastern Michigan University who claimed that she was removed from the school's counseling program because of her strong religious views against homosexuality.

Ward has refused to counsel lgbt clients because of her beliefs. In the ruling, U.S. District Judge George Caram Steeh said:

" . . .the university had a rational basis for requiring its students to counsel clients without imposing their personal values.

In the case of Ms. Ward, the university determined that she would never change her behavior and would consistently refuse to counsel clients on matters with which she was personally opposed due to her religious beliefs -- including homosexual relationships."

Keeton and Ward were both made as cause celebres by the religious right as victims of a so-called "gay agenda" which would punish Christians for expressing their beliefs.

However many others, myself included, disagree.

And those who seek to make Keeton and Ward into martyrs would be advised to remember that this sort of thing has a habit of coming back in a nasty way.

Or even the Christian community?

UDPATE:  The article also going on to say something which should be remembered should Keeton's name come up in religious right talking points (and it will) - the university presented three professors as witnesses but Keeton presented no witnesses. And she didn't even testify.

Posted by BlackTsunami at 7:18 PM

I imagine Keeton didn't bother to testify because she realized she had no case.

If your religious views make you unable to do your job, it's time to find another job. Maybe she should run for Miss California...