Is the religious right after another gay Obama appointee? 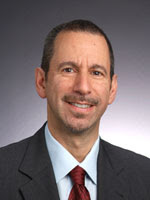 I'm not aware of who David Hansell is but apparently some folks aren't exactly in his corner:

Conservative groups are expressing concern that David Hansell, an openly homosexual man and former AIDS activist, is currently serving as the acting head – the assistant secretary – of the Administration for Children and Families (ACF) at the U.S. Department of Health and Human Services (HHS).

Hansell is the former director of legal services and deputy director for government and public affairs at the Gay Men’s Health Crisis, a homosexual activist group that has lobbied the federal government on HIV/AIDS.

“It is very troubling that someone with his background has such a high position in this particular agency,” Peter Sprigg, senior fellow for policy studies at the Family Research Council (FRC), told CNSNews.com.

. . . Sprigg claims that Hansell has already used the power of the position to cut funding to states that do not permit homosexual couples to adopt children.

In January, the Family Research Council learned that Hansell had conducted a series of meetings aimed at forcing Florida to lift its ban on same-sex adoption, Sprigg said.

“We have heard from private sources,” Sprigg said, “that he has been pushing for a cutoff for funding to states like Florida, which have a ban on adoption by homosexuals. Now we have defended the Florida law -- their right to have that law -- both because of the legitimate preference for placing children with a married mother and father and because of the risks of placing children with people who engage in a lifestyle that is harmful to them as individuals and to society as a whole.

. . . Sprigg told CNSNews.com that he is not at liberty to divulge the identities of the private sources who informed him of the alleged meetings.

The funny thing about this story is you can see by this link that I pulled it from Free Republic. It originally came from the right-wing CNSNews.com but if you go there, you can see that the story was pulled.

Far be it from me to spin conspiracy theories. However it is nice to think that maybe CNSNEWS.com felt that the article was in poor taste.

It definitely has a problem with truth. For one thing,  I question anything that comes out the mouth of Peter Sprigg when it comes to the lgbt community. For the record, that's Peter (we should export gays when we are not criminalizing homosexuality) Sprigg.

Sprigg is also the same guy who created and is now pushing the Top Ten Myths About Homosexuality, a fraudulent pamphlet in which he distorts credible health information to demonize the lgbt community.

Based on his other lies about the lgbt community, I'm not buying his claim about private sources.

And then the article contained this lovely misinformation:

Peter LaBarbera, president of Americans for Truth about Homosexuality, compared Hansell to Kevin Jennings, a former homosexual activist whom President Obama appointed as assistant deputy secretary for the Office of Safe and Drug-Free Schools at the U.S. Department of Education.

Jennings came under public scrutiny last year for how he handled a situation as a teacher in a private boarding school when a 15-year-old boy informed him about a sexual relationship with an older man. Jennings, who has written and spoken of the incident, claims he told the boy “I hope you knew to use a condom,” but did not report the information to authorities.

As we all know, the young man, "Brewster," was 16, which was legal age in the state of Massachusetts at the time. Also, "Brewster" later released a statement  saying that Jennings gave him helpful advice during that time.

Perhaps if CNSNews.com would take as much time in getting the story right rather than spinning another tired narrative of the "spooky gays coming to get children," the site would have included these crucial bits of information.

Not that it matters because the story is pulled for now anyway, so it really doesn't do any damage. But it gets the wolves at Free Republic jumping:

From what I can see, our government has been infiltrated from top to bottom by a bunch of pervert butt plumbers and carpet cleaners.

In the old days, this guy would have been the one everyone wanted their kids to stay away from. Now, he's in CHARGE of the kids' welfare!!


When I saw the headline: “Homosexual Activist Serves as Acting Head of HHS Agency for Children and Families” I immediately though of Willie Sutton’s reply to the question: “why do you rob banks?” - “Because that’s where the money is!”

They are a minority with speical rights to sexually dominate the adults and children society now. We thought feme-nazi Dykes were bad. Just wait. Hetersexual men and boys are going to suffer even more.

Posted by BlackTsunami at 5:16 AM