It is usually here that I come out with my Know Your LGBT History segments, but due to the extreme nature of the following, it has been pre-empted. And by the way, let's have some feedback  on my Know Your LGBT History segments. Not only is it good for my ego to know that people are reading it, but it helps me in deciding whether or not I want to keep featuring them.

The walls seems to be closing on Bishop Eddie Long. 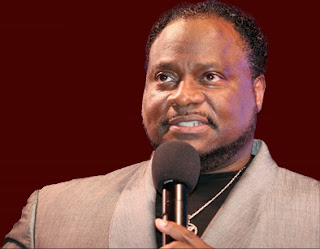 It has been reported that the Bishop Eddie Long is going to step down as pastor after his sermon set to be delivered on Sunday. Long is currently the pastor of the New Birth Missionary Baptist Church in Atlanta. He was recently challenged by three young men who filed suit against the pastor for allegedly coercing them into sex.

There are also reports that as many as 30 young men have contacted the plaintiff's attorney, BJ Bernstein, in an effort to file suits of their own or join the existing lawsuit.

Bishop Eddie Long's sex scandal has been in the headlines of national news for several days. Since the story broke, there have been suspicious pictures released that feature Bishop Long wearing muscle shirts and spandex, posing in the bathroom. Some have wondered why Long would send these images to his "spiritual sons."

On the Bishop Eddie Long sex fiasco, which I discussed this morning on MSNBC, there appear to be three angles of consideration: Legality, morality and hypocrisy. Legally, one has to determine if Long violated his fiduciary responsible to take care of the young men under his guidance. Secondly, there is the question of whether the men he may have slept with were of legal age and whether or not there was coercion.

I wasn't aware of the claims of 30 young man, but there has surfaced a fourth lawsuit:

A fourth young male member of Bishop Eddie Long's megachurch is suing the prominent pastor, claiming Long coerced him into a sexual relationship.

The lawsuit was filed by Spencer LeGrande, a member of New Birth Charlotte. New Birth Charlotte is a satellite church run by Long in Charlotte, N.C. The lawsuit said Long told LeGrande "I will be your dad" and invited the 17-year-old to journey to Kenya with him in July 2005. LeGrande said that Long gave him a sleeping pill on that trip and that the two engaged in sexual acts.

The Associated Press does not typically identify alleged victims of impropriety, but attorney B.J. Bernstein has said all four of the men who filed lawsuits consented to being identified publicly.

Meanwhile, pastors in Atlanta are gathering to pray for Long:

I predicted it a while back. This thing has hit like a nuclear bomb.


Hat tip to Joe.My.God. for the video

Posted by BlackTsunami at 3:32 PM

30! Holy Hannah! Did he have a lot of free time or something?

I like the time you take to gather lgbt moments through video. I would miss them if you stopped.

I think you´re reporting another one ¨LGBT History¨ in progress...isn´t it something to understand the thinking and feelings that are going on with this (and the exposed hypocrisy even has a slightly familar/closeted ring)? I wonder how many of the grown men in the congregation identify with this stuff? I understand that most vocally upset and homophobic are the most likely to be aroused by LGBT intimacies...probably unthinkable for most as they start rationalizing, pretending (and taking a cold shower or twelve)...they are the source of the lies, abuse, fear/hate and ill-will that is directed toward LGBT people...let´s see what scampering and hiding and indignant scorn will come from this thing...hope we get beyond ¨love the sinner hate the sin¨...such a deflection from thinking and taking responsibility for bad choices and codependent behavior that gave too much POWER and unlimited GRANDIOSITY to the good preacher in the first place...what a shocker, this guy is complex, dangerous and hopefully getting REAL! We´ll see how well his ¨followers¨ are and how capable of being honest with him and us.

Even if I don't usually comment on them, I do find the "Know Your History" bits interesting. Keep them coming.

Alvin, I saw you on MSNBC this morning and I didn't realize it was you. I was trying to watch from the kitchen and I didn't see your name. You did good! I read your blog every day.

Thanks. But what was I doing on MSNBC?

gee willikers! i can't decide if it's raining men by the weather girls or enough is enough by babs and donna is more appropriate.

this just gets better and better. this must be why they call gays predators, to distract from the fact of who the real predators are, the preachers.

Another thumbs up for the Know Your LGBT History posts.

After I found them I worked through all the archives and bookmarked the site.