What will the Eddie Long scandal do in addressing black homophobia in the church? 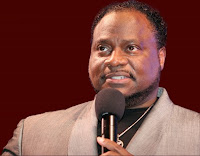 Even though we still don't know the truthful particulars in the Eddie Long scandal, there is a lot of speculating as to what it means on so many ends.

And according to the Christian Science Monitor, one end is how will affect homophobia in the black church:

. . . because Long through his ministry helped perpetuate homophobia, his critics say, the case could affect his career, challenge the antihomosexual stance of many black church members, and even offer hope to black gay men who struggle for acceptance and a role in black society.

"This might be a time of scandal [for the black church] ... but it will also spark a renewed dialogue," says Shayne Lee, a Tulane University sociologist and author of "Holy Mavericks: Evangelical Innovators and the Spiritual Marketplace." "The fact is, Eddie Long is one of the most respected black Christians in the country, he's very popular and very influential, and that's why this is going to get a lot of people talking about the issue of sexuality [in the black church]."

Homophobia in the broader black community – which some say is fed by the black church, as well as by prevailing views on masculinity and family – has in the past spilled into violence. In 2007 and 2008, Chicago saw a number of shootings and even killings aimed at gay black men, including a choir director who was shot shortly after coming out in a TV interview.

Longtime black gay activist Billy Jones, in an interview last year with the online magazine Blacklight, said many blacks see the gay movement "as a means of destroying the black family" and see gay black men as "unmanly, weak."

But many blacks take a different view when faced with a family member who comes out as gay. Black families, Mr. Jones said, tend to accept gay members and "really make an effort to try to understand them and the love stays there."

I'm cynical about the entire situation. If there is any discussions on the matter, my guess is that those who are lgbts of color won't be invited to the table.  And that is the problem with being an lgbt in the African-American community. It's not so much the ignorance, it's that us who are lgbts of color can't seem to get a word in edgewise in the black community when it comes to discussing our lives.

Posted by BlackTsunami at 4:21 AM

I'm curious if this will cause a dominoe effect of other men and women coming forward about other pastors.
I just don't like hypocracy in any form.

a well done article by C.D. Kirven that seems to move along the same vein as yours.
http://lezgetreal.com/2010/09/%e2%80%9cministering-treachery%e2%80%9d-the-truth-concerning-bishop-eddie-long%e2%80%99s-spiritual-wilderness/

in answer to the question, not a damn thing. just like it never matters to any of the rest of them.