Another GOP presidential candidate seems to be jumping on the homophobia train.

Former Pennsylvania Senator Rick Santorum had a two hour long video with the conservative CNS News. This video, created by People for the American Way's Right Wing Watch, captured his comments about not just marriage equality but gay adoption and same-sex households:

There are so many things wrong with Santorum's position. First of all, he and the interviewer seem to be implying that children are being taken away from perfectly good homes in order to supposedly suit the "selfish needs" of the lgbt community.

This is a lie. The irony is that Santorum's interview came out the same time as the following: 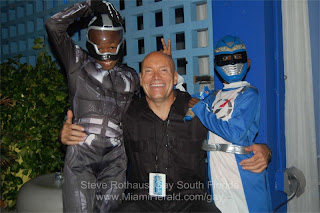 After a successful fight to overturn Florida’s ban on adoption by gay men and lesbians, the two young brothers adopted by Martin Gill participated in an adoption ceremony in Judge Cindy Lederman's chambers in Miami-Dade County Juvenile Court today, marking the final step in their adoption process. Gill and his partner had served as foster parents to the two brothers for six years. Gill worked with the American Civil Liberties Union to fight for the right to adopt them by challenging Florida’s 33-year-old ban on gay people adopting. As a result of the ACLU lawsuit on behalf of Gill, the ban was ended last year.

“We are thrilled that after so many years, we are officially a family in the eyes of the law,” said Gill. “All children deserve a permanent, loving home. This is a happy day.”

In November 2008, Miami-Dade Circuit Court Judge Lederman held that the statute barring adoption by gay people is unconstitutional and granted Gill's petition to adopt brothers. Last year, the Third District Court of Appeal upheld that decision after the state appealed.

“Martin and his family were instrumental in ending one of the most discriminatory laws in the country,” said Leslie Cooper, staff attorney with the ACLU Lesbian, Gay, Bisexual and Transgender Project. “Hopefully now, thousands of children in Florida who are waiting to be adopted will be able to know the love and support of having a family.”

To Santorum, no matter how much love and support the Gill family entails, it is inferior to his version of  "family" because the fathers are "dirty homosexuals" who only adopted children in order to "force society to affirm their lifestyle. "

All of that other stuff about children being entitled to a "permanent, loving home" is simply a dodge propagated by National Homosexual Headquarters.

What a load of nonsense.

Perhaps before talking about something which he clearly has no knowledge of, Santorum should educate himself on the simple reality of same-sex households. They are here, they are numerous, and they are filled with love and support, just like every normal household should be.

As for now, Santorum wouldn't know common sense if it grew teeth and bit him on his homophobic rump.

And if he steps anywhere near the White House with that attitude - even for a visit, I suggest a serious fumigation of the premises.

Same-sex families are growing rapidly, can no longer be ignored

Posted by BlackTsunami at 3:09 PM

I think Santorum has now rightly had his name dragged through the mud and applied to a certain frothy mix.

Why the hell does anyone still give Santorum the time of day? He's not in the legislature anymore, is he?

I have evidence that homosexuals are 40 times more likely to molest children. This paper is throughly documented.

the only reason why I am publishing your comment is to demonstrate your ignorance and homophobia. That link you gave me is chock full of bad citations, including the distortions of several pro-gay books, including the one by Weinberg and Bell (look it up on this blog.) BUT THE BIGGEST PISS POOR distortion is the citation of the work of Mr. George "Lift My Luggage" Rekers. And I haven't even talked about the fact that the author, Judith Reisman is a charlatan who has been literally laughed out of court so many times for her silly attacks on the Kinsey Institute that she has been barred from suing the organization.

If this study is your idea of thorough documentation, I feel VERY VERY sorry for you.

Hey Anonymous, why don't you get your figures from a credible sources such as the CDC? Afraid that real reasearch by trained professionals would blow your claim out of the water? Here is a starting place for you where they do forensic science on the abuse of children: http://psychology.ucdavis.edu/rainbow/html/facts_molestation.html

95% of all those caught abusing children were self-identified heterosexuals committing 95% of the abuse. CDC statistics.

Your claims are baseless.