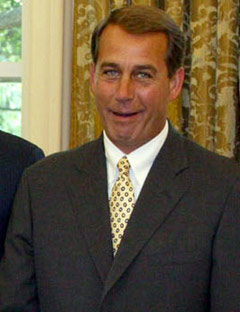 Yesterday, it was discovered that one of the experts,  Professor Lisa Diamond, cited by Speaker of the House John Boehner's legal team in their defense of DOMA complained that her work was being distorted.

Boehner's team is defending DOMA against Edie Windsor, an 81-year-old woman suing the federal government for not recognizing her union with her late partner.

The portion having to do with Lisa Diamond's work is in documentation provided by the lawyer chosen to defend DOMA, Paul Clement (see the documentation here.) Clement is using this documentation as an attempt to get the case dismissed and for the judge to deny Windsor's motion for summary judgment.

Diamond's complaint is detrimental to this pursuit.  But I think I have found another potentially huge problem.

There is a portion of Clement's documentation which bears much scrutiny. It is the section called "Plaintiff Misstates the Science on Same-Sex Parenting" and it is a huge mess.

Dent is a law professor at Case Western Reserve University who has written many negative papers on marriage equality and homosexuality in general. In the paper cited by Boehner's legal team, he pulls out all of the stops to make the case that same-sex parenting is inferior to heterosexual parenting, even the citing of  folklore:

If you pardon me for being so bold, anyone who takes Dent's paper as credible is dealing in folklore themselves. There are several problems with it including:

On page four, Dent cites both Paul Cameron and George Rekers, both discredited researchers. Cameron has been censured or rebuked by several organizations for his bad methodology in his studies and Rekers lost a lot of credibility for last year's scandal when he was caught coming from a European vacation with a "rentboy."

On page two, Dent cites the work of Walter Schumm's study Children of Homosexuals More Apt To Be Homosexuals? A Reply to Morrison and to Cameron Based on an Examination of Multiple Sources of Data.

Furthermore, in 2008, Rekers and Schumm testified for Florida's gay adoption ban. The judge overseeing the case, Cindy Lederman, criticized both of them. She said about Rekers:

"(His) testimony was far from a neutral and unbiased recitation of the relevant scientific evidence. Dr. Rekers' beliefs are motivated by his strong ideological and theological convictions that are not consistent with science. Based on his testimony and demeanor at trial, the court cannot consider his testimony to be credible nor worthy of forming the basis of public policy."

And about Schumm, she said:


" (He) integrates his religious and ideological beliefs into his research," citing several of his writings, including one with Rekers, in which a theological argument against homosexuality is offered."

Regarding Cameron, Dent's paper not only cites him directly, but also indirectly.

On page 13, Dent cites a book called Straight & Narrow by Thomas E. Schmidt to make criticisms about gay health. However, Schmidt is not a credible researcher in the field of gay health. He is a professor of New Testament Greek at Westmont College in Santa Barbara and according to Rev. Mel White of the group Soulforce, Schmidt cited Cameron's discredited studies many times in Straight & Narrow (5th letter to Jerry Falwell.)

Another huge problem with Dent's paper is on page 16 when it cites a paper by the American College of Pediatricians (Homosexual Parenting: Is It Time for Change?).

The American College of Pediatricians is not a credible organization, but an organization created to give credibility to junk science about the gay community. Last year, over 14,000 school district superintendents in the country were sent a letter by ACP inviting them to peruse and use information from a new site, Facts About Youth. The site claimed to present "facts" supposedly not tainted by "political correctness."  Of course these were not facts, but ugly distortions about the gay community, including:

One has to wonder what other "surprises" Boehner's defense of DOMA contains. They may not be accurate but they are certainly entertaining.

Posted by BlackTsunami at 4:59 AM

I had a class with Prof Dent a few years ago at Case Law. He teaches Corporations law...i repeat, Corporations law, and I actually didn't hate the class despite not really caring for the subject. That said, he appears to spend most of his free time writing about the evils of gay people, for a reason no one seems to know. While I was there (after I had finished class with him of course) he wrote a quick article in the law school newsletter about how "Marriage is not a joke." It was a response to the discussion in Washington State about making marriage only between those who could actually reproduce. I responded with an article the following week where I tore apart his argument and used his own logic to infer that perhaps he was a polygamist among other things that I am sure had him seething. I'd be lying if I didn't admit it had made me a bit nervous, but the overwhelming positive feedback I got from faculty members at Case was quite refreshing. As I said back then, he really should stick to Corporations.

I am guessing that none of this material including the underlying studies have been subjected to peer review by a recognized scientific journal. Any lawyer submitting unpublished "studies" should be sanctioned.