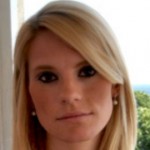 Blame Chuck Norris for me not getting this out yesterday.

The following is an excellent piece of news. It wasn't unexpected, but it is still  news worthy of dancing from the rooftops:

A federal appeals court has upheld the right of Augusta State University to enforce standards of its counseling graduate program -- even when a religious student objects to requirements to treat gay people in a nondiscriminatory manner.

. . . The student, Jennifer Keeton, argues that her religiously motivated beliefs are being challenged by Augusta State's policies -- and that a public university may not do so. Keeton was expelled when she declined to participate in the remediation plan, and she asked a federal district court and the appeals court to order her reinstatement in the program.

A three-judge panel of the U.S. Court of Appeals for the 11th Circuit found that Augusta State had legitimate, nondiscriminatory reasons to enforce its rules. The counseling program's accreditation depended in part on adhering to a code of conduct, and faculty members believed it was their responsibility to train students to work with a wide range of clients, the court found. The decision placed the counseling department's actions at Augusta State in the broader context of faculty members training professionals who must pay attention to the ethics of various fields.

Keeton has initially sued the university last year and lost.  In ruling for that decision, the U.S. Court of Appeals was very direct in speaking against Keeton's efforts.

According to LGBTQ Nation:


The court noted that the requirements of the counseling program—needed for its continued accreditation and compliance with the American Counseling Association’s Code of Ethics—are similar to the rules for judges, who must apply laws even if they consider them erroneous.

“In seeking to evade the curricular requirement that she not impose her moral values on clients,” the appellate court wrote, “Keeton is looking for preferential, not equal, treatment.”

However, according to Think Progress, the issue that Keeton raised may not be going away soon:

The Sixth Circuit is hearing a similar case against Eastern Michigan University by a student named Julea Ward. In July 2010, Judge George Caram Steeh dismissed Ward’s suit, saying her dismissal “was entirely due” to her “refusal to change her behavior.” Motivated by Ward’s ongoing case, some Michigan legislators recently proposed legislation that would allow counseling students to decline serving certain clients without jeopardizing their academic success.

Posted by BlackTsunami at 5:39 AM

It's important to stress that this decision was UNANIMOUS. They couldn't get even one of the judges to side with them. The religious right loons are going to kick and scream but the bottom line is that this was a slam dunk decision.

It's important to remember this was a decision regarding a preliminary injunction. While the court found it unlikely that Keeton would succeed on the merits, this was not a substantive decision in the case. While it may practically end up ending the case, Keeton's claim can still proceed to a full adjudication