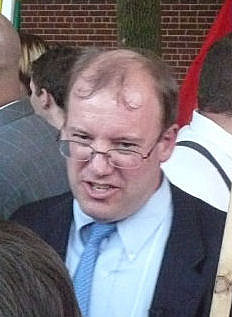 And my best ally in that matter has been him. But today, I think he stooped to a level which even shocks me.

Because of privacy issues, I cannot cite the specific contents of the actual medical reports I have transcribed – but the following are some general examples of what they reveal [Editor’s note: AFTAH has added web links giving further information about these maladies]:

Gay-on-Gay Assaults are at the hands of their same-sex domestic partners (not “hate crimes”) and are repetitive. (Reading details of the beatings is highly disturbing.);

Many have substance abuse problems and the resultant psychiatric disorders, depression, suicidality.

Research tells us that when lgbtqs suffer problems of substance abuse, depression, etc, it's generally because the effects of homophobia. Also, that fear of homophobia plays a serious role in gays not going to or trusting their doctors and thereby missing basic health instruction.

No study or research has ever blamed the lgbtq orientation for medical problems.

However, it seems that perhaps LaBarbera is garnering negative attention from his obsession with this mess, hence the need to refer to a "mysteriously anonymous" typist of medical reports.

Now we may shudder in disgust when looking at LaBarbera's page or laugh at his psychological need to go off the deep end when attacking the lgbtq community, but let's not forget one thing.

LaBabera is a living, breathing embodiment of homophobia. He puts stuff like this on his page to demonize us, to make us look like monsters in the eyes of others.But his stridency backfires and he ends up looking like the monster.

But there are others out there who can temper themselves (i.e. the National Organization for Marriage, the Family Research Council, Tony Perkins, Maggie Gallagher, Peter Sprigg) and push a better balance between stigmatizing the lgbtq community and pretending to be concerned experts.

Watch them. They are the real dangers.

Posted by BlackTsunami at 4:46 AM

There has to be a way to charge him with harassment of some kind.

I know this for a fact because I actually DO work with medical records and have for greater than 11 years now.

You want to know what I'VE seen in those thousands of medical records as it pertains to LGBT people?

The worst are the (very very few thankfully) young girl children who've been sexually assaulted by there otherwise heterosexual fathers.

I had a conversation with a friend of my sister's once. She was, at the time, an ER nurse. I asked her about the stories of guys coming in with items up their ass. She told me that yeah, she'd seen some interesting things but that it wasn't just men but women. And it wasn't just gays or lesbians but straight men who were drunk. Seems most of the cases, both men and women, are because they get dared to do something. Her worst story was someone who'd stuck a light bulb partially inside and then been paddled, causing the bulb to break. That required an OR, not just the ER. So it's not just gays who do such things.

My closest friend worked as an ER clerk for years. There were only two times (in 9 years) where something bizarre was inside of a person, and in both cases, they were straight, hetero men, in one case a man over 70!

I just have to share. It happens that my first job, in the small town where I lived, was an after-school gig as a medical records transcriptionist in a doctor's office. I may have been somewhat less qualified than typical--mostly I had the ability to type and I was moderately inexpensive. I had decent spelling sense and the doc was willing to spell out some of the words as he transcribed them. My point is that transcribing medical records does not make a person any kind of medical specialist. At best, it makes one a person with some specialized spelling skill who had the opportunity to be a voyeur in other people's medical records.