When it comes to discussing gay issues, the media  sometimes handles anti-gay pundits with kid gloves.

It's not because of any bias, really. I think that a lot of it has to do with these pundits having the ability to disguise their anti-gay animus.

When they speak on news programs, folks like Tony Perkins, Maggie Gallagher, or Brian Brown are careful to dress their responses up as reasonable. They are even able to portray themselves as supposed defenders of traditional values, leaving the interviewer and audience unaware of the comments they make when not in front of the cameras; comments which reveal that their animus against the gay community have less to do with preserving traditional values and more to do with exploiting ignorance.

And at the rare times in which they are pressed about these comments, they play the victim by claiming that they are unfairly being labeled as bigots.

It's a very dishonest thing to do because it taints the debate over gay equality. And its not just me who has a problem with it.

Today, the Gay and Lesbian Alliance Against Defamation will launch the Commentator Accountability Project which seeks to educate the media on the wool pulled over its eyes by anti-gay pundits:

The GLAAD Commentator Accountability Project (CAP) aims to put critical information about frequent anti-gay interviewees into the hands of newsrooms, editors, hosts and reporters. Journalists or producers who are on deadline often don't have the time to dig into the histories of a commentator. Audiences need to be aware that when they’re not talking to the mainstream media, these voices are comparing the LGBT people to Nazi Germany, predicting that equal treatment of LGBT people will lead to the total collapse of society, and even making accusations of satanic influence.

The Commentator Accountability Project is bringing all of these statements to light, while calling attention to the sentiments behind them. We will show that the commentators who are most often asked to opine on issues like marriage equality or non-discrimination protections do not accurately represent the "other side" of those issues. They represent nothing but extreme animus towards the entire LGBT community.

GLAAD's Commentator Accountability Project will include anti-gay pundits and certain statements they have made when not in front of the camera, such as: 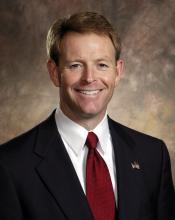 - Says about gay people: “They are intolerant. They are hateful. They are vile. They are spiteful...pawns of the enemy.”

- Says that gay young people “have a higher propensity to depression or suicide because of that internal conflict; homosexuals may recognize intuitively that their same-sex attractions are abnormal.”

- Despite what health experts have said, insists that pedophilia is “a homosexual problem.”

- The Family Research Council has distributed a pamphlet that erroneously depicts gay men and lesbians as physically and mentally ill pedophiles who can be “cured.”

Brian Brown, president of the National Organization for Marriage

- Recently attempted, via his national newsletter, to raise a link between marriage equality and pedophilia: "Will pedophiles become "minor-attracted persons" in our culture? Will courts which endorse orientation as a protected class decide down the road that therefore laws which discriminate against "minor-attracted persons" must be narrowly tailored to a compelling government interest?”

- Has advocated for gay people to change their orientation. Said of a faith-based study on self-identified so-called "ex-gays": "Even those who disagree with us about gay marriage (or Christian sexual ethics) should feel good about this this scientific verification of the possibility of free will triumphing over desire. We are all more than our instincts, sexual or otherwise."

- Encouraged parents to attend a Love Won Out so-called "ex-gay" conference, calling it a way to "prevent your child from embracing this destructive way of life." 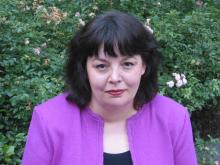 Maggie Gallagher, founder of the National Organization for Marriage

- Referred to being gay as “a sexual disability preventing certain individuals from participating in the normal reproductive patterns of the human species.”

- Compared winning the fight to ban marriage for gay couples with the fall of communism and believes that if it is made legal, it will mean “losing American civilization.” 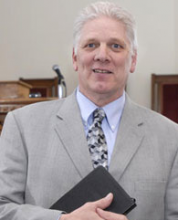 - In 2009, while the debate over the so-called "Kill The Gays Bill" was being debated in Uganda and worldwide, Emrich -- who had just returned from the African nation -- sent an email to his supporters wherein he pushed an article that praised a "brilliant MP" for coming up "with a Bill against homosexuality." The referenced bill calls for the death penalty as punishment for being gay.

- Routinely proves that his advocacy goes beyond marriage and into "changing" gay people: "Those who want to redefine marriage want us to believe that we show love and support for homosexual family members by encouraging them to remain in their sin. Christian people will remember that true love and support helps people overcome, not surrender."

- Accuses his state's pro-equality lawmakers of mocking God: "It was the most shameful, most embarrassing thing for my state that I have seen.  I listened to Senator after Senator stand up and mock God, mock the word of God, mocking the people of God…I was so angry hearing the way they were speaking about my God."

And these are just a few of the anti-gay pundits GLAAD rightfully calls out for their dishonest rhetoric.

Now knowing religious right organizations, their spokespeople are going to whine that GLAAD is trying to silence them. This is a lie and GLAAD has made sure to make clear the goal of this project:

“Hate is not an expert opinion,” said GLAAD spokesperson Herndon Graddick. “In most cases, news outlets invite reputable experts to speak on the subject at hand, but when talking about LGBT issues, open hostility and anti-LGBT bias seems to be all the credibility required. This project holds these so-called ‘pundits’ accountable for the extreme anti-LGBT rhetoric they continue to spread.”

"These activists have the right to recite their anti-LGBT talking points, but it is important to expose the questionable and often hostile rhetoric that passes as punditry when so-called 'experts' speak out against the lives of LGBT people on the air or in print," explained Graddick. "If networks are going to continue to invite those with incendiary anti-LGBT views on their programs, show runners should know the full picture of who these individuals really are so that critical context can be relayed to the audience."

In other words, this project is not about silencing anyone but having an honest debate. And you can't have an honest debate when one party is being deceptive in terms of their goals and their true feelings about the community they oppose.

GLAAD will utilize the resources of the Commentator Accountability Project in future meetings with editors, writers, network executives, producers, and guest bookers -- providing the mainstream media with a tool by which to hold commentators accountable.

GLAAD encourages individuals to alert the organization when these virulently anti-LGBT activists appear on local or national news. To report an incident visit: http://www.glaad.org/cap

Talk with GLAAD about the project here: www.facebook.com/glaad

Huge kudos to  Jeremy Hooper of Good As You for working as a consultant with GLAAD on this project.

Posted by BlackTsunami at 6:02 AM

Awesome and about time! I will pass this on.

Countdown to these groups/persons wailing about their free speech rights being trampled and the "persecuted christian" card being played. 3...2...1.....

Excellent and informative article, Alvin! Thanks for writing it!