Robin Roberts: ' “I have never been happier or healthier than I am right now.'

Those who read this blog know that I have railed several times against the lgbt obsession with celebrities. However, this time is an exception.

African-American lesbians don't have as much visibility as they should, not even in the black media. While gay black men, bisexuals, and transgender men and women have to deal with being stereotyped, black lesbians are generally erased, as if they don't exist.

So when Good Morning America anchor Robin Roberts came out, it was a good thing.

And today was even better as she debuted a picture of her and her girlfriend, Amber, at her niece's wedding while talking her happiness and health: 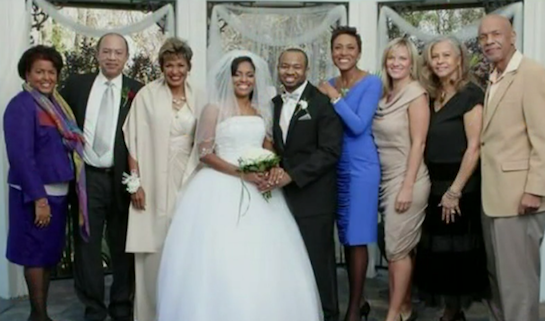 Roberts:“I’m going to tell you all this, because you have had a front row seat for that tumultuous year,” Roberts said. “I have never been happier or healthier than I am right now. And my year-end post was just full of gratitude and just telling everyone all that I’m grateful for, including my girlfriend, Amber, who loved me through a very difficult year.”

Posted by BlackTsunami at 3:16 PM