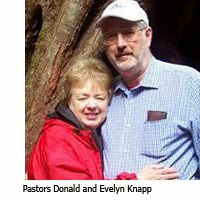 There is a lot of controversy and questions about the Idaho for-profit wedding chapel which has supposedly gotten into trouble for not marrying same-sex couples.

Anti-gay groups are playing the case up big time by claiming it proves what they have been saying all along - that marriage equality will force Christian ministers to marry same-sex couples under the penalty of law.

Or in the words of the Family Research Council:

If homosexuals get their way, Pastor Donald Knapp won’t be behind the pulpit -- he’ll be behind bars. That’s the stunning development in Idaho, where the day liberals promised would never come is already here. Two ministers -- a husband and wife team -- have been told by their city government that refusing to “marry” a same-sex couple will send them straight to jail.

After 25 years of owning The Hitching Post wedding chapel, Donald and Evelyn are being faced with a situation neither of them thought possible: being imprisoned for their faith. Like the flood of state amendments steamrolled by activist judges, Idaho’s fell earlier this month. And with it, religious liberty. Fearing the worst, the Knapps reached out to Alliance Defending Freedom, concerned that their chapel would be targeted. Less than a week later, the battle was at their front door.

For Donald and Evelyn, there was never any question what the duo would do. Unapologetically Christian, the husband-and-wife team is overtly religious, marrying couples with faith-driven vows, and even offering marriage sermons on CD to newlyweds. That doesn’t matter to city officials, who had this marriage message for The Hitching Post: Conform or be punished. And not just any punishment, but 180 days in jail and up to $1,000 in fines for every day the ministers refuse to perform the ceremony.


However, once you get past the hysteria and the hyperbole generated by the Family Research Council, their cohorts at Fox News (particularly propaganda artist Todd Starnes), the Heritage Foundation,  and their vast connection of folks on twitter and right-wing blogs willing to push this story, you get a bit alarmed at the deception taking place here.

According to Zack Ford from Think Progress:

Back in May, when a federal judge first overturned Idaho’s ban on same-sex marriage, the Hitching Post Chapel in Coeur d’Alene expressed concern about the possibility of having to marry same-sex couples. The wedding chapel located just across the street from the Kootenai County Courthouse recognized that it would be subject to the city’s nondiscrimination ordinance, which requires that public accommodations (like businesses) offer service equally regardless of sexual orientation. Now that marriage equality is the law in Idaho, the Hitching Post owners Donald and Evelyn Knapp have filed a federal lawsuit for the right to discriminate.

At the time, Coeur d’Alene City Attorney Warren Wilson explained, “If you turn away a gay couple, refuse to provide services for them, then in theory you violated our code and you’re looking at a potential misdemeanor citation.” Wilson clarified that religious entities are exempt under the city ordinance, but apparently told Mr. Knapp at the time that the Hitching Post was not exempt because it is a business, not a religious corporation like a church. As same-sex couples began marrying last week, the Hitching Post did apparently turn away a same-sex couple.


And just who was this same-sex couple? We don't know.


This is what we do know, again from Ford at Think Progress:

Though they have not yet been found in violation of the ordinance, the Knapps have filed a complaint and motion for a temporary restraining order against the policy. They are represented by the anti-LGBT Alliance Defending Freedom (ADF) and allege that they are now under “a constant, coercive, and substantial threat to violate their religious beliefs due to the risk that they will incur the penalties of jail time and criminal fines” for refusing to offer wedding services to same-sex couples.


Now this is where things get tricky.  According to the Washington Post, the claim that they had turned down a caller inquiring about a same-sex wedding was made in the lawsuit the Knapps filed. But as Ford said, the Knapps have not been found in violation of the ordinance. And I think this is because no one has yet to come forward and claim to have made the telephone call which got the proverbial ball rolling.

UPDATE - This news just came in. The city never threatened the Knapps with fines or jail time because city officials have said that they have NOT received any formal complaints that the Knapps refused to marry any same-sex couple.

And here is something else about the situation which is worth knowing. Jeremy Hooper of Goodasyou.org found something interesting about the Knapps' webpage which contradicts the claim that they are being persecuted for being Christian.

In May, Hooper wrote a blog post about the Knapps' wedding ceremony business. At the time, he posted portions of their webpage which said the following:

But  now that this lawsuit has been filed about the Knapps' alleged Christian faith, Hooper noted how the webpage has been altered: 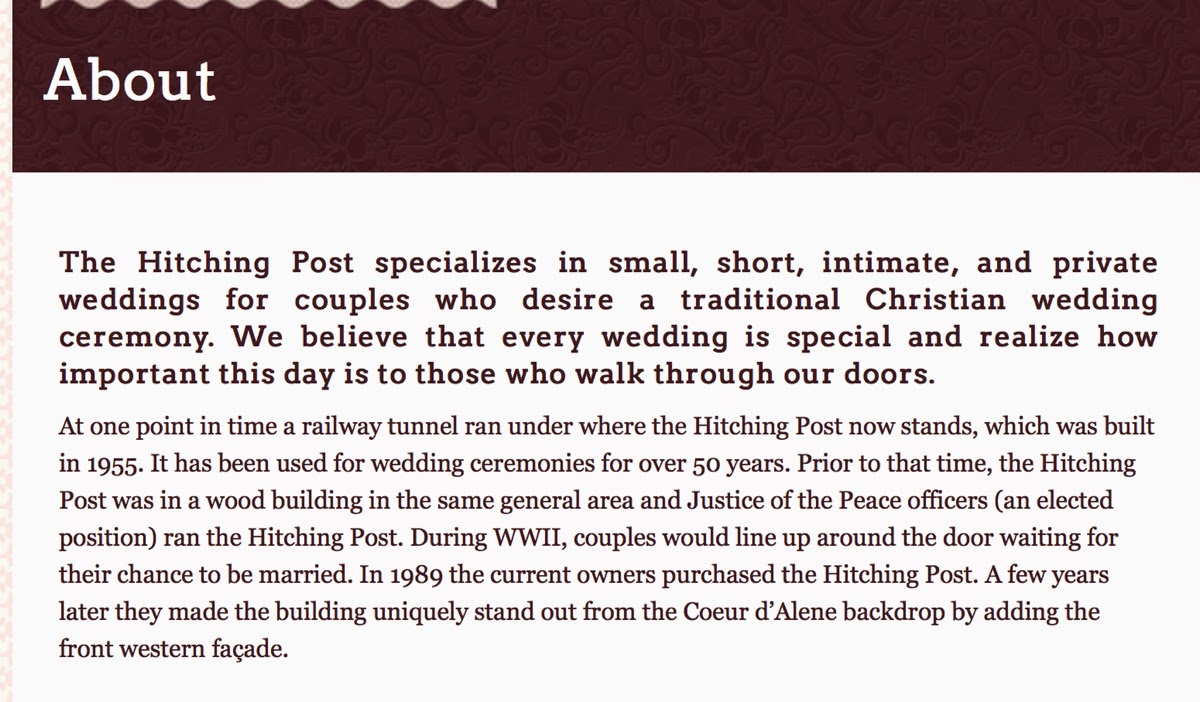 Ford also pointed out in his article:

Indeed, the Hitching Post is a for-profit business, but with help from ADF, the Knapps have been gearing up for this challenge for some time by redefining their business in more religious terms. In fact, Hitching Post completely reincorporated with an entirely new business certificate just last month, which was authorized by Michael S. Oswald, an ADF attorney. Along with the new business was a new Operating Agreement, dated October 6, 2014, which enshrines all of the religious values offered in the complaint as part of the business. They similarly added a new Employee Policy and Customer Agreement stipulating that the Hitching Post will only perform unions “between one biological male and one biological female.”


You know what I think? I think this is a crock of chicanery, fraud, subterfuge, and plain ole bull#$!%.

The claim that the Knapps would be punished under the city's nondiscrimination ordinance for not performing a same-sex wedding was made in a hypothetical sense in May by Coeur d’Alene City Attorney Warren Wilson. He also said that the Hitching Post - the business run by the Knapps - was not a religious entity, so it couldn't be exempted from the ordinance.

Then the Knapps worked with the Alliance Defending Freedom to alter their business in more religious terms  And their webpage was altered so to claim that they only perform Christian wedding ceremonies. When marriage equality became legal in Idaho, the Knapps, conveniently with the help of the  Alliance Defending Freedom, files a lawsuit claiming that they turned down a same-sex couple requesting a wedding.  Finally they leave it up to the conservative echo chamber to constantly repeat the story of them allegedly being persecuted for their faith.

This madness was obviously planned months in advance.

The anti-gay industry seems to have given up the fight to stop marriage equality. Instead they seek to undermine and slow it down by presenting cases like the one above, even if they have to finagle and manipulate to get those cases to  the point where we are looking at case of religious freedom vs. gay rights and Christians being persecuted.

Or more to the point, this is how Joshua Block, attorney for the American Civil Liberties Union, put it:


This is probably the first time in history that Christians have cried about persecution after nailing themselves to the cross.


Photo of Knapps courtesy of Family Research Council
Posted by BlackTsunami at 6:45 PM

A missing piece: As advertised, does violation of the ordinance have potential criminal penalties (incarceration) associated with it, or simply civil penalties (fines, loss of business license, etc.)?

Unless it really is possible to be locked up upon a finding of violation, they are untruthful from the get-go.

I read somewhere that violating the ordinance was considered a misdemeanor, and thus could potentially be punished with a fine (up to $1000) and/or prison (up to 6 months). It would be up to the judge to decide the punishment.

This is like me saying I want to rob my neighbor and since theft is a crime and I might be prosecuted for it this violates my right to work so I am going to sue you for arresting me for theft.