VIDEO: An storm of homophobic ignorance hit Charlotte City Council last night. Here is what we do about it

Raw Story taped some of the most interesting testimonies from last night's meeting of the Charlotte City Council where the non-discrimination ordinance failed to pass. After viewing it (or if you don't want to, I understand), pan down because I have a serious question:

Now here is the question. This morning, I posted a graphic by Media Matters which refuted the lie about transgender women being restroom and changing room predators. The graphic included comments by officials in several cities which have transgender-inclusive non-discrimination ordinances and all of these folks have said that the meme about "transgender predators" is a lie and there have been no problems in their areas.

If you read this morning's post, did you copy and save the graphic? Did you send it out to friends, family, and folks who you felt needed to know this information? I would sincerely hope that at the very least, you didn't blow it off, assuming that knowledge like that is useless because too many people are willing to believe the stereotype.

Some folks did and I've been a little depressed all day because of it.

There is no use in fighting for equality if you assume that everyone will believe lies or push you aside.

Sometimes people tend to believe the lies because there is nothing else to refute it. There is no counterbalance. I've seen this happen on so many occasions with our community in that our assumptions cut us off at the knees before the races even starts.  We assume that everyone is against us when some folks are on the fence and it merely takes a conversation to get them to understand our point of view instead of the lies of anti-gay groups.

Every victory and every defeat is merely an opportunity to adapt, change your game, and come out swinging, whether or not the opposition is ready retaliate. Always try to make the first move and make it a doozy..

In today's struggle for lgbt equality, a huge roadblock is how anti-gay groups exploit ignorance about our transgender brothers and sisters.

Now what in the heck do we plan to do about it?  Just in case you need one idea to get your juices flowing: 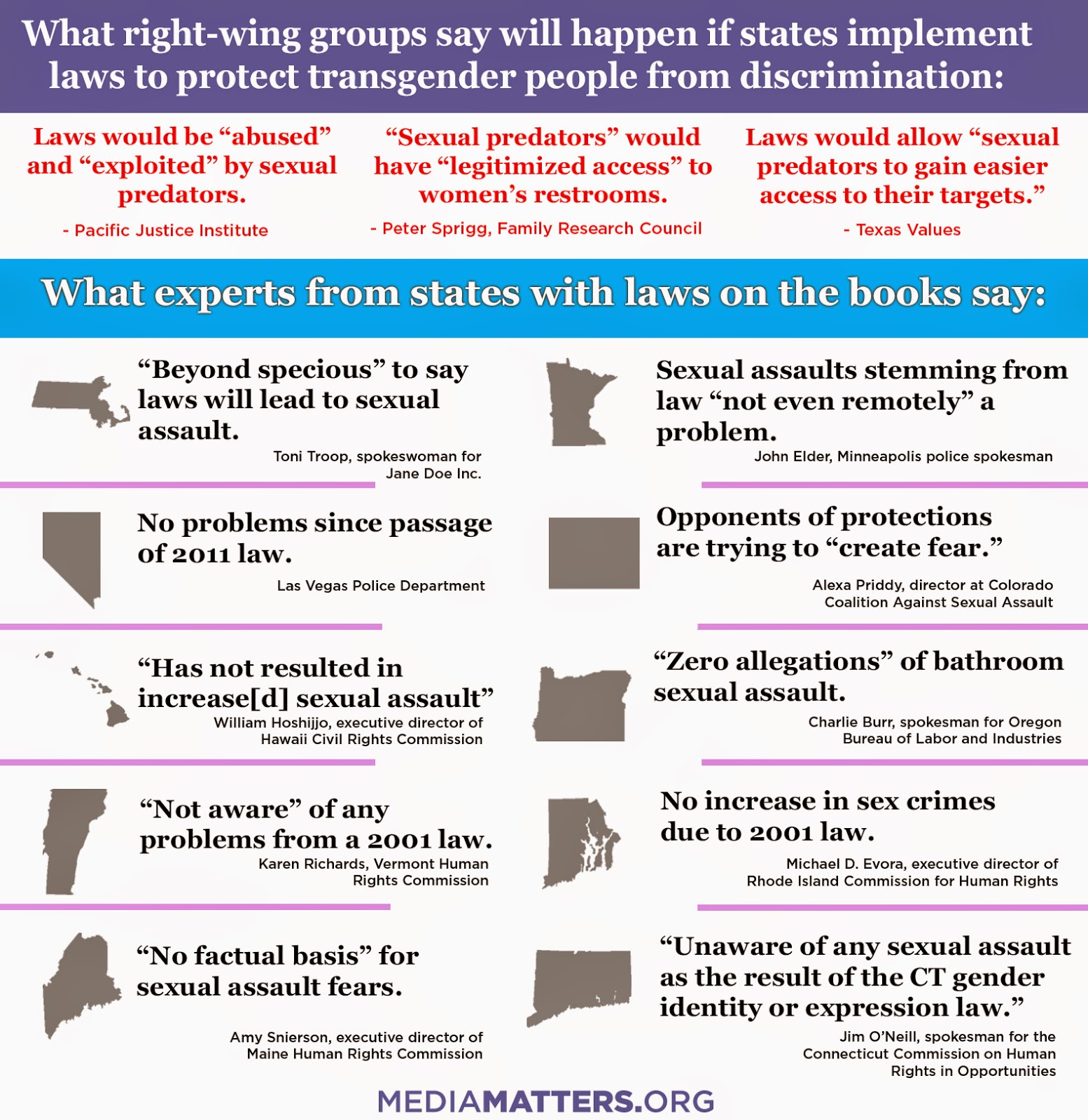 Posted by BlackTsunami at 3:16 PM