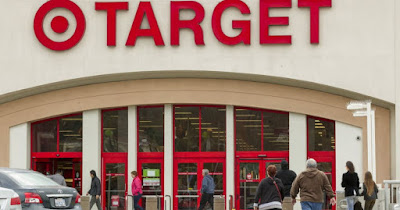 For the past few years, hate group the American Family Association has been trying to initiate a boycott of  Target because of its policy of allowing customers to use dressing rooms and restrooms which match their gender identities. AFA claims (without proof) that this policy allows predators to harm women while they are in dressing rooms and restrooms. The boycott began with a petition and it got lots of traction. It even encouraged some people to march into Target and make complete asses of themselves.

As the years passed, attention and support for AFA's fight have petered down because basically people saw that the group was doing nothing more than lying and causing hysteria. Of course that doesn't stop AFA from attempting to "stir up the troops," so the speak.

Even if it has to be creative when attacking Target and the transgender community, such as this recent article in its affiliate "news site" One News Now demonstrates.

The American Family Association continues to sound the alarm about Target's policy that allows men in women's restrooms and changing areas.

Target says the policy is meant to be inclusive and benefit transgender customers and employees, but the American Family Association (AFA) has long warned it will result in sexual predators taking advantage of the policy, thereby putting women and children at risk.

In an Action Alert this week, AFA points to an incident at a Target store in Harris County, Texas, where a woman told law enforcement that a man was taking pictures of her in a fitting room while she was changing clothes.

"It's an invasion of privacy," she told news station KTRK. "No one should go through that. It was horrifying." "Because nobody will stop a man from entering these areas, what these sexual predators do is they watch for a woman or girl to go into a fitting room, for example, and they go into the one next to it and then put their phone camera either up above the partition or below it," Ed Vitagliano, AFA executive vice president, told on American Family Radio's "Today's Issues" program. "That is what happened in this case in Harris County, Texas."


But according  the newscast linked by the AFA does not say anything about Target's trans inclusive policy.

The college student, who asked not to be identified for privacy reasons, said the disturbing incident happened Saturday around 11 a.m. at the store in the Copperfield area at State Highway 6 and FM 529. The woman said she went to try on some shirts. She noticed something strange in the mirror. She said someone was holding a cell phone camera under the door and pointed right at her. The woman immediately kicked the camera. By the time she exited the fitting room, she said the person fled the store.

. . .She filed a report with the Harris County Sheriff's Office. HCSO told ABC13 surveillance video does show a man entering the changing room and leaving a few minutes later. He then exited the store and entered a gray colored pickup and left the property. Cameras could not capture the truck's license plate. The incident has been referred to investigators.


This is not the first time AFA blamed Target's trans inclusive policy for an incident having nothing to do with it. Last year, it pulled the same stunt, but was called out by the publication LGBTQNation for its lies.

Also, AFA's zealous campaign has caused other embarrassments for the group.

In 2016, its then director of governmental affairs Sandy Rios said the group was testing Target's policy by deliberately sending men into the department store's ladies rooms. You can imagine what happened next and in the midst of the online dragging (mockery, anger, humiliation, etc), AFA backtracked.

So maybe in a way, this latest incident is rather appropriate. Target hasn't changed its policy. And AFA comes across looking like a bunch of desperate jackasses.


Editor's note - Nothing in this post is meant to trivialize the awful crime which took place or minimize the victim's justified outrage. I hope that the perpetrator is caught and suffers the full extent of the law.
Posted by BlackTsunami at 4:20 PM