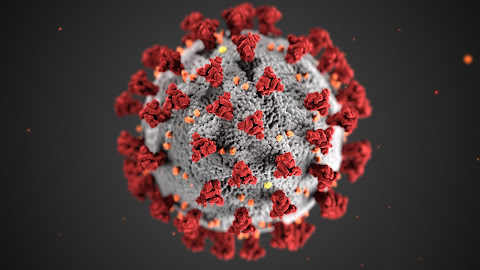 It took a pandemic to bring home the fact that the LGBTQ community was attempting to tell America for the longest - the concept of 'religious liberty' is being distorted and used as a weapon. In the same manner that racists began claiming that they weren't "anti-black," just "pro-white," the religious right portrayed themselves as victims who would be "compelled" to go against their "deeply held personal beliefs" if they were supposedly forced to serve LGBTQ people, follow rules having to do with taking tax dollars, or basically afforded us the respect we are due  as taxpaying American citizens etc. Critical questions in terms of how far "religious liberty" should go were generally ignored by the media as they fell for narrative after narrative of a 'Christian bakers, florists, faith-based adoption agencies or other entities falsely portrayed as victims of LGBTQ people who simply wanted fair treatment. But now, we see how far the concept is being pushed. And it endangers more than just LGBTQ  rights. It still endangers our safety,mind you, but along with the safety of pretty much everyone else:

From The Center for American Progress:

Collective efforts to flatten the curve of COVID-19 through social distancing are critical to spreading out the rate of infection over time so that America’s health care system is not overwhelmed. “If we don’t make substantial changes, both in spreading the disease over time and expanding capacity, we’re going to run out of hospital beds,” Harvard Global Health Institute Director Dr. Ashish Jha told The New York Times. “And in that instance, we will not be able to take care of critically ill people, and people will die."

However, at a time when it is crucial to respond thoughtfully and prudently to this pandemic, there is an alarming trend of government officials ignoring public health warnings and refusing to call on houses of worship to close. Establishing religious exemptions—in this case, by freeing houses of worship from public health order compliance—will only result in more cases of COVID-19 and greater numbers of death from the disease.

Thankfully, many religious communities, which sit at the nexus of caring for people and being a focal point of community gatherings, are leading efforts to flatten the curve. A diverse group of religious organizations, including the National Association of Evangelicals, the Church of Jesus Christ of Latter-day Saints, and the newly established National Muslim Task Force on COVID-19, have called for suspending in-person services. Many religious organizations have found new and creative ways to gather for worship, pray together, and continue community social service work. Faith community leaders deserve praise for their efforts to combat the coronavirus; they serve as trusted messengers who affect the daily lives of people of faith outside faith-specific spaces.

The publication also noted that there are churches who have chosen to vigorously ignore this. The New York Post goes into more detail:

An Evangelical pastor mocked the “pansies” who are scared of the coronavirus — as he insisted his packed church will only shut its doors “when the Rapture is taking place.” “If you cannot be saved in church, you in serious trouble,” Pastor Rodney Howard-Browne told Florida’s River Tampa Bay Church, as he encouraged congregants to hug in defiance of health warnings.

Howard-Browne has continued to wage war against stay-at-home regulations until he was finally arrested. He has since announced that he is canceling services, but not for the sake of safety. Instead he lays the blame on the "tyrannical government." And he is not the only religious leader raising a fuss over the situation. Several Texas pastors are suing  for a religious exemption to the coronavirus stay-at-home regulations. In addition, Florida and several other states are allowing some type of exemption. In Ohio, one church is deliberately holding large services in defiance. Another church in California did the same thing. And another in Louisiana.
The irony is that VP Mike Pence and Family Research Council president Tony Perkins - both big promoters of exploiting "religious liberty" against LGBTQ people - are now pleading with people to follow stay-at-home regulations or speaking against large church gatherings.
Whatever, guys. You let the beast out of the cage. Now, you can't control it. You encouraged people to believe that their "religious liberty" matter more than the rights and dignity of LGBTQ people.  Why act so surprised when folks are now deciding that their "religious liberty" matter more than the very lives of people in general?
Posted by BlackTsunami at 5:04 PM