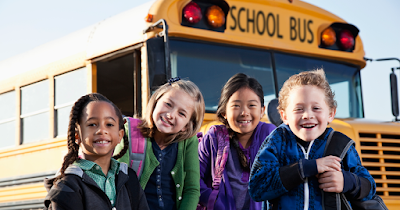 The  consistent repetition  of phrases like "life altering procedures" and "irreversible surgeries" and words like "disfigurement" and "sterilization" in FRC's press release isn't happenstance. It has been part of a deliberate attempt to "nauseate" instead of "educate" and exploit unfounded fears for a cynical purpose. By conjuring up false images of minors being forced to undergo surgeries altering their gender and given drugs which would permanently damage their health, those who have been pushing these anti-trans bills - like FRC - have been deliberately appealing to hysteria in a somewhat successful attempt to drown out the voices of the medical professionals who know better and the transgender youth who they falsely claim that they want to protect.
It's an old but highly successful tactic.
In the past,  religious right groups claimed that marriage equality would "corrupt the innocence" of children.  Or that any pro-LGBTQ legislation would be make it easier for gays to "recruit children" because apparently we need to "refreshen our ranks." They know what they say are lies but they don't care as long as it gives them attention and an advantage, no matter how insane the claims sound.
For example, this is what FRC said in another press release defending Fox News personality Tucker Carlson's lie about transgender healthcare when Governor Hutchinson defended his veto on Carlson's show:

The governor also said he would have supported the bill if it was simply limited to banning castration. But as Carlson pointed out, "This is chemical castration... If you stop puberty and suppress the sex hormones, you're chemically castrating someone." And he wasn't wrong: Like many other "gender clinics" for children, the Arkansas Children's Hospital web site acknowledges on page 2 of this "FAQ for Youth" that puberty blockers and cross-sex hormones are "irreversible."

In attempting to defend Carlson, FRC told a huge lie. The link the organization cited does not say that puberty blockers and cross-sex hormones are "irreversible." The following is the quote FRC distorts:

What is transition and how do I know if it’s right for me?  - social transition is changing your outward appearance (hairstyle, clothing, gender expression) along with your name and pronouns. It is completely reversible. ~medical transition alters physical and sexual characteristics of the body. This can include hormone therapy and surgery, and is not reversible. Medical transition can only happen if your parents/guardians and doctors agree this is right for you.

And guess what? The chemical castration claim is also a lie. It is yet another way of bombarding people with horror stories which appeal to their fears instead of their intelligence. In truth, the following facts about healthcare as it relates to trans youth are so easy to find.  And - further surprise - it has nothing to do with "irreversible surgeries" or castrations:

Reuters - As reported by the Thomson Reuters Foundation in Feb. 2020, a global rise in the number of teenagers seeking to go through gender reassignment has spurred a series of court cases around the age at which young people are able to choose to transition – and who has the final word. Gender reassignment surgery is widely restricted to adults over the age of 18 (here).

The World Professional Association for Transgender Health’s (WPATH) standards of care here , explain the three categories of physical interventions for adolescents. These consist of fully reversible interventions such as hormone suppression to delay puberty, partially reversible interventions such as hormone therapy, and irreversible interventions such as surgical procedures. The association advises that “moving from one stage to another should not occur until there has been adequate time for adolescents and their parents to assimilate fully the effects of earlier interventions.”
Genital surgery should not happen until the individual reaches the age of majority to give consent in a given country and have lived continuously for at least 12 months in their gender identity, according to the association. Puberty-suppressing medications are reversible, as explained in a 2016 report by the Human Rights Campaign Foundation, American College of Osteopathic Pediatricians and the American Academy of Pediatrics here . The report categorizes hormone therapy and gender-affirming surgeries for “older adolescents” and “adults”, not children.

Mayo Clinic - Use of GnRH analogues doesn't cause permanent changes in an adolescent's body. Instead, it pauses puberty, providing time to determine if a child's gender identity is long lasting. It also gives children and their families time to think about or plan for the psychological, medical, developmental, social and legal issues ahead. If an adolescent child stops taking GnRH analogues, puberty will resume.