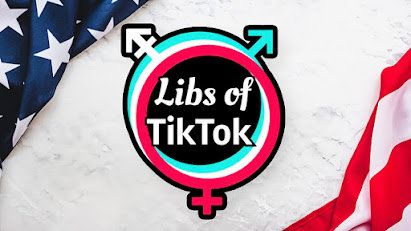 The notorious anti-LGBTQ Twitter address Libs of TikTok just came off of  a seven days suspension and promptly got suspended again for seven more days. It's probably because Libs continues attack hospitals and schools with the lie that they are sexualizing and mutilating kids.

After Twitter allowed the viral hate account “Libs of TikTok” back onto its platform following a seven-day suspension, the extreme anti-LGBTQ account immediately returned to targeting teachers and a children’s hospital for supporting trans youth.

Started by Chaya Raichik, Libs of TikTok first gained a following on social media by scandalizing instances when gender identity and sexuality were discussed in schools and targeting teachers for harassment. Raichik has previously amplified content from the organization led by self-described “Christian fascist” Kelly Neidert, alleging that schools are hiding information about students from parents. Raichik has also previously called for all openly LGBTQ teachers to be fired.

Libs of TikTok has been suspended several times on multiple platforms, including Instagram, Facebook, and Twitter. Raichik had previously been suspended from Twitter for accusing LGBTQ people of “grooming” children, which Twitter confirmed violates its policies against hateful conduct after facing pressure from Media Matters and others. Her Twitter account was also suspended after she targeted multiple hospitals for providing gender-affirming care, leading to violent threats against patients and providers and forcing at least one hospital to request support from law enforcement. (On September 5, Raichik baselessly claimed that a bomb threat against Boston Children’s Hospital “was probably a left-wing person trying to get me suspended.”)

. . . On September 28, Raichik took to Substack to announce that Twitter had suspended her account again for violating its hateful conduct policy. Raichik promised to continue her attacks on drag queens and best-practice health care for trans youth, which she called “the insanity of the Left.” Raichik also threatened to sue Twitter if it permanently bans her from the platform, and solicited donations for the “Libs of TikTok Legal Fund.”

Long story short, Raichik came off of suspension, proceeded to attack a school district and another children's hospital, implying that actions they took to keep LGBTQ kids safe or provide gender-affirming healthcare for trans kids is a part of some nefarious plot.. That is probably the reason why Twitter put her back on suspension:

After returning to Twitter, Libs of TikTok published a thread targeting the Hilliard City School District in Ohio, where teachers are allowed to wear badges indicating that they are a “safe person” to talk to about LGBTQ issues. Raichik’s thread was posted less than an hour after known anti-LGBTQ propagandist Chris Rufo shared a thread attacking the same school district.

. . On October 2, Libs of TikTok posted a thread on Twitter targeting Barbara Bush Children’s Hospital in Maine. The account shared a clip from a 2016 report by ABC affiliate WMTW News 8 in Portland, Maine, that featured two parents whose trans child had said she wished she could “die” so “God could bring me back as a girl.” The news report listed the child’s full name, and later in the thread Raichik posted an article listing the name of an endocrinologist who works at the children’s hospital.

And then this happened:

So to summarize:
-Libs of TikTok’s suspension for hateful conduct ended
-Raichik spread misinfo about teachers, attacked a trans kid and another children’s hospital, and helped Project Veritas evade a ban
-Libs of TikTok is suspended again pic.twitter.com/vM6xilxNEH

One part of me is enjoying this, But another part of me is a bit bothered because Libs of TikTok has gotten too many chances from Twitter. It needs to be permanently suspended.

Posted by BlackTsunami at 4:51 PM