Eleventh researcher complains that the religious right distorted his work 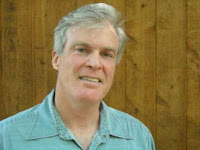 Yet another researcher is accusing religious right groups of misusing his work.

John Horgan, a science journalist and Director of the Center for Science Writings at the Stevens Institute of Technology, Hoboken, NJ, yesterday published an article in Scientific American calling various religious right groups to task for what he says is a distortion of his work:

. . . Christian homophobes have misused my writings on the biology of homosexuality, particularly "Gay Genes, Revisited," published in Scientific American in November 1995. In it I reported on weaknesses in the claims of scientists—and particularly the geneticist Dean Hamer, "discoverer" of the "gay gene"—that homosexuality has a genetic basis. (I've continued beating up on Hamer over the years for exaggerating the links between specific genes and behaviors; see for example this essay.)

Horgan was saying that he wasn't making a case against the lgbt equality (which religious right groups have done with his piece) but  was saying that sexuality is more fluid than the simplistic notions that people are either gay or heterosexual.

Personally I am in favor of Horgan's opinion that sexuality is fluid. I also believe the phrase "gay gene" is a straw man argument, or a buzzword perpetrated by the religious right such as the phrases "radical homosexual activist" or "protecting marriage."

But the most important thing to remember is that Horgan is yet another researcher accusing the religious right of distorting his/her work. By my count, he is number 11.

For the record, there is already:

National Institute of Health director Francis Collins, who rebuked the American College of Pediatricians for falsely claiming that he stated sexual orientation is not hardwired by DNA.

University College London professor Michael King, who complained that the American Family Association was distorting his work on depression and suicide in LGBT individuals

University of Utah professor Lisa Diamond, who complained that NARTH (the National Association of Research and Therapy of Homosexuality), a group that also shares board members with the ACPED, distorted her research on sexual orientation.

Dr. Carol Gilligan, Professor of Education and Law at New York University, who complained that former Focus on the Family head James Dobson misrepresented her research to attack LGBT families.

Dr. Robert Spitzer, Professor of Psychiatry at Columbia University, who has consistently complained that religious right groups distorted his study to claim that the LGBT orientation is easily changeable.

In light of the Prop 8 decision last week and lawyer David Boies's eloquently put take down of religious right head Tony Perkins on Face the Nation about how religious right groups deal in fear and phony data regarding the lgbt community, these complaints of scientific inaccuracies need to be brought out to a wider audience.

Remember that it is these groups which the news media legitimizes by pushing them as the "pro-family" opposition without making people aware of their history of duplicity when it comes to lgbt research.

We need to understand that religious right groups and spokespeople don't deal with concrete ideas, but abstract illusions.

They claim that it is the lgbt community who are causing the most damage to American families while ignoring the real issues like poverty, socioeconomic inequalities, and lack of good health information

They divert everyone's attentions to some candy coated vision in the clouds so no one notices as they handicap the lgbt comunity at the knees.

Someone needs to start yanking away their sticks.

Editor's note - here is an added bonus. One of the people distorting Horgan's work, John R. Diggs,  is an old hat when it comes to misusing research to demonize the lgbt community. This post goes into detail about his highly flawed piece, The Health Risks of Gay Sex.

Posted by BlackTsunami at 4:58 AM