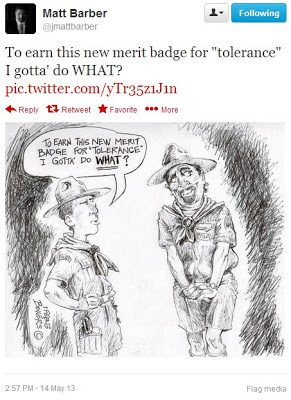 This absolutely vindictive cartoon is courtesy of Liberty Counsel member Matt Barber. The sad irony is that this is the same guy who had the nerve to pen a "I don't hate you, just your lifestyle" letter.

I know from which I speak. I am no better than you. I, too, once lived a lifestyle of sexual sin. Not homosexual sin, but sexual sin nonetheless. As a young man I did not treat God’s daughters as He intended and, instead, engaged in a lifestyle of selfish womanizing and fornication.

The wages of sin in my life was death – spiritual and emotional death. I was on your same path.But by His grace, I was offered and accepted “the free gift of God.” I, instead, was saved and given “eternal life in Christ Jesus our Lord.”

Do I still struggle with sin? Of course. Every day. We all do. We are fallen. We are sinners. Still, Christ’s gift to me was forgiveness, redemption and life everlasting. My friend, that gift is available to you as well.


Is this hypocrite for real? What Barber did by tweeting that awful cartoon is no different than what racists to do African-Americans: 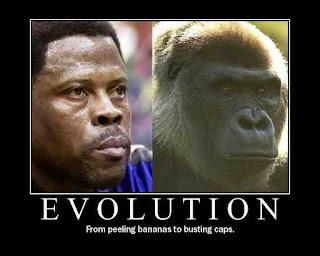 Or what anti-Semites do to people of the Jewish faith: 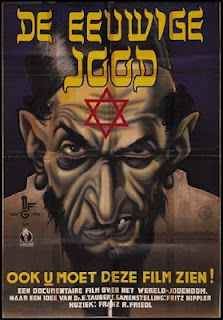 I think Matt Barber needs to stop worrying about gays and read his Bible again. Apparently he is so consumed about the so-called sin of homosexuality that he seems to have forgotten the one about bearing false witness against one's neighbor.

It's people like Barber - two-faced people who talk about how they have Jesus' love with one face while bashing their neighbor with the other - who do more harm to Christianity. Barber's tweet is something to remember the next time he, Tony Perkins, and the rest of the religious right whine to the press about "anti-Christian persecution" by gays.

Posted by BlackTsunami at 3:36 PM

You know, I hope to one day meet some of these people to tell them how proud they make me to be a Wiccan. I feel bad for people who are Christian and are mistaken for people like this.

These guys really are helping for equality. The other day I showed some of my friends who were against gay marriage around both Paul Cameron's stuff as well as Porno Pete's site and Matt Barber's general douchiness and they were so outraged by the blatant demonizing and propaganda that they had a change of heart and now support full equality. So thanks guys! I used to get so depressed and pissed off at what these bigots would say, but now with momentum clearly on our side, with each passing victory they will get more desperate and continue to shoot themselves in the foot. It's just so baffling that they repeat the same propaganda from like 1976 and expect people to still believe it. Keep up the good work, guys!!

Matt Barber can't read the bible again, he hasn't read it the first time, if he has he didn't understand it.

The irony is that, while you may think you are simply skewering a bigot that posts a nasty homophobic cartoon, you have also posted equally offensive images (racist & anti-semitic) making you also guilty for disseminating hate. Whether you are denouncing them or not, these sorts of images need not be broadcast. It sickens me to see this & surprises me that you think you are taking higher ground here or being effective. Surely you could find a more creative way to get your message across.

Anonymous, we can't shut our eyes and pretend these things aren't said and they aren't disseminated. The point is to demonstrate that homophobia is no different than racism or anti-Semitism. You would be surprised to learn how many people can't see the similarities. Sometimes you have to put things out in the open in order to address them.