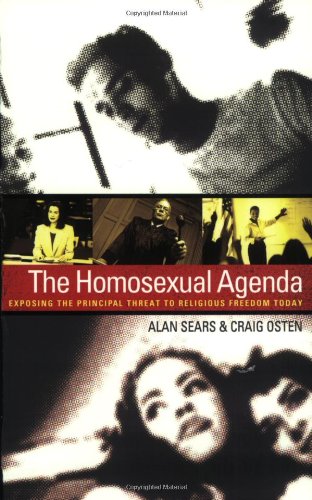 SPLC "pulled out the receipts" on The Alliance Defending Freedom


Media Matters just published an article detailing how religious right and other groups are targeting the Southern Poverty Law Center in a below-the-board, but coordinate campaign.

The organizations, such as the Family Research Council, are angered that SPLC designated them as hate groups. This latest attack on SPLC was precipitated when the group called out the Alliance Defending Freedom, another religious right group, for its efforts to stamp out LGBTQ equality, including supporting the criminalization of homosexuality in several countries.


The organizations, which include FRC, ADF, anti-immigration groups, and a white nationalist group (with the winking help of the Fox News Network, and the Wall Street Journal), have tried to pivot the entire discussion as an attack on SPLC instead of even mentioning the activities of the organizations in question; activities which led SPLC to call them hate groups:

Far-right hate groups across extremist ideologies have united to attack and discredit their hate group designation by Southern Poverty Law Center (SPLC) in an attempt to regain legitimacy and rehab their images. Many hate groups have attempted to delegitimize the SPLC’s hate group label over the years, but their efforts have dramatically ramped up in 2017 in reaction to a series of escalating events including SPLC designating anti-LGBTQ group Alliance Defending Freedom (ADF) and anti-immigrant group Center for Immigration Studies (CIS) hate groups and media outlets accurately labeling these organizations as such in their reporting.


SPLC "clapped back" against this attack in a manner which is brutal in its simplicity and effectiveness.  To put it plainly, SPLC created a timeline from 2000 to 2017 complete with links AND clippings which more than prove its point about the Alliance Defending Freedom being an anti-LGBTQ hate group.

Below is a portion of SPLC's "ADF jack slap."

You can check out the rest via this link. It's good reading:

The ADF helps fund and strategize the filing of key amicus (friend of the court) briefs on behalf of the Boy Scouts of America in Dale v. Boy Scouts of America, in which a gay assistant Scoutmaster sued the BSA for expelling him because of its ban on gay members and leaders. ADF also funds moot court training in which the Boy Scouts’ attorney “practiced making his case under intense questioning by top attorneys.” In the U.S. Supreme Court ruling in this case, the court affirmed that the Scouts could bar gay boys and men from its membership and leadership, a decision ADF applauded on the basis of “free speech.”

Claims on its website that “attacks on family values include efforts to allow practicing homosexuals to adopt children and foster parents;” and “allow practicing homosexuals to serve openly in the military.” ADF vows to oppose these attacks because “weakening the family and undermining the values that support it will ultimately destroy our society” and impact religious civil liberties. (2001, 2003, 2004, 2005, 2006, 2007, 2008, 2009, 2010)

Alan Sears, then-president of ADF (he was president until January, 2017) publishes a book he co-wrote with then-ADF colleague Craig Osten titled The Homosexual Agenda: Exposing the Principal Threat to Religious Freedom Today, which was heavily advertised for sale on the ADF website and offered in fundraising pitches for years. The book is the authors’ attempt to describe how far the conspiracy of “the homosexual agenda” has infiltrated the country and undermined Christianity through things like media and educational institutions. Sears and Osten described the media campaign conducted by LGBT activists in the 70s and 80s (as summarized in the account After The Ball: How America Will Conquer Its Fear and Hatred of Gays in the 90s) to "a war of propaganda, just as Hitler did so masterfully in Nazi Germany." (p. 27) “An entire book could be written on the subject of the entertainment industry’s promotion of homosexual behavior, but it is our goal to give you a brief overview of each subject so that you understand the number of cultural fronts in which the homosexual agenda is being pushed.” (p. 44) The authors ask, “How far down the road have homosexual activists taken us to their goal of unbridled sexual behavior and the silencing of the church?” (p. 14) “The very future of our nation is at risk if the homosexual agenda continues to advance unchecked,” (p. 27) the authors state.

Sears and Osten also claim that homosexual activists are attempting to “indoctrinate children” as early as kindergarten. (p. 52) The authors link homosexuality to pedophilia: “Despite ever-present denials by homosexual activists, the link to child sex (adults promoting sex with young boys) and homosexual behavior is alarming.” (p. 66) They include a section in a chapter titled “The Lavender Tower” under the heading “Intellectualizing Disordered Sexual Behavior.” Later, the authors claim, “homosexual behavior on college campuses is taking a dangerous new turn — the promotion of sexual relations between adults and children, known as pedophilia. We mention the new promotion of pedophilia in the context of talking about the influence of homosexual behavior on college campuses.” Sears and Osten go on to say that’s because “despite all objections to the contrary, the two are often intrinsically linked” (p. 83). The section then purports that the promotion of pedophilia by college professors and other academics “is nothing new.” (p. 84). In another chapter, the authors explain that “sexual scandals” in the Catholic Church were “primarily a homosexual behavior problem.” (p. 139)


Needless to say, further items in SPLC's ADF timeline get more vulgar and more nauseating, but is backed up by more concrete evidence, i.e. the words of ADF members.

It demonstrates that no matter how the ADF and other hate groups deny their much deserved status or how many connections they exploit to confuse the argument, nothing they do can erase concrete evidence.

And SPLC obviously has plenty of it.
Posted by BlackTsunami at 4:47 PM