On Wednesday, the Democrats unveiled The Equality Act, legislation which would ensure LGBTQ equality and safety on a multitude of levels by amending existing civil rights law to include our community. As of now, The Equality Act, is enjoying diverse popularity. But, according to The Advocate, conservatives and others in the anti-LBTQ industry have opened the floodgates of fear and lies in hopes of scaring people against it

The Equality Act “would undermine women’s equality and force women and girls to share private, intimate spaces with men who identify as female, in addition to denying women fair competition in sports,” said a statement released by Kristen Waggoner, senior vice president of the Alliance Defending Freedom’s U.S. legal division. “Like similar state and local laws, it would force Americans to participate in events and speak messages that violate their core beliefs.”

. . . Terry Schilling, executive director of American Principles Project, appealed to transphobia in his statement on the bill. “Forcing young girls to shower with men. Telling abused women they have to room with men in battered women’s shelters. Allowing men to compete against — and typically beat — women in women’s sporting events. This is what ‘equality’ looks like as defined by the radical Left. This is what ‘equality’ would look like under the so-called ‘Equality’ Act,” he said.  “The reality is that this bill isn’t about equality — it’s about enshrining supremacy into the law for one ideology over another,” he continued. “And the result will be the widespread erasure of women, prohibition of dissent, and sexualization of children.”

. . . There’s no word yet from some of the biggest names in anti-LGBTQ activism, such as Family Research Council president Tony Perkins. However, the FRC did tweet a link to an article published online Monday by the Gospel Coalition, an association of churches in the Christian Reformed faith, in anticipation of the Equality Act’s introduction. The article, authored by Andrew T. Walker, contended that the bill “represents the most invasive threat to religious liberty ever proposed in America.” It “would forever cement the legitimacy of sexual-revolution ethics into federal law,” “accelerate the number of conflicts pitting Christians against their conscience,” and “accelerate the pace of anti-Christian bias in society.”


That's always the key with these groups - grab a narrative of fear and continuously repeating it, drowning out the truth and reasonable debate.

We've seen it done so many times.

To adding the LGBTQ community to existing hate crimes legislation: 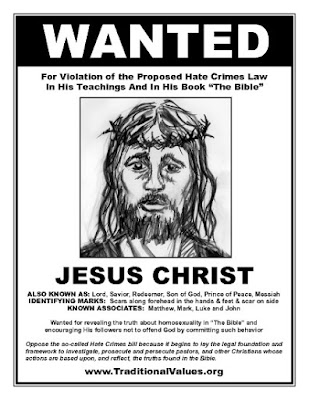 To legislation to protect transgender men and women from discrimination: 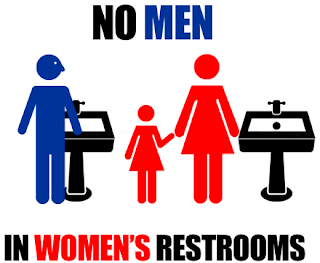 To past legislation protecting the entire LGBTQ community from discrimination:

Seems to me that they are throwing all of this and more at The Equality Act and it smells like desperation. I have a feeling that this will be the opening salvo to a nice long one. And I'm all ready for it.
Posted by BlackTsunami at 3:43 PM