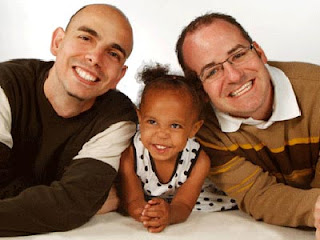 An recent NBC article looked at Tennessee's recently passed bill which would allow private adoption and foster care agencies to receive taxpayer dollars while discriminating against the LBTQ community.

It's probably the most thorough look at the law and efforts to pass laws like it in other states. One thing it does is call out misconceptions about how such bills created to ensure that children are placed into good homes:

LGBTQ advocates argue that adoption laws like the one Tennessee just passed are part of a larger conservative movement to roll back hard-won protections for the community. Those who champion such laws say they protect the first amendment rights of faith-based organizations and individuals, and prevent them from being forced to shut their doors rather than violate their beliefs.

In fact, Catholic Charities USA, which operates foster and adoption agencies across the United States, ceased adoption services in San Francisco, Washington, Boston and Buffalo, New York, rather than abide by their state and local antidiscrimination laws, and in 2011, it lost a contract with Illinois over the organization’s policy of refusing to place kids with same-sex couples.

. . .While some organizations, like Catholic Charities, have stopped foster and adoption services rather than comply with state and local antidiscrimination laws, other agencies have taken over services in those places. An amicus brief filed by 17 states and the District of Columbia in support of prohibiting discrimination in the foster care system cited data that found Boston and D.C. saw no decrease in adoption and foster placements as a result of Catholic Charities ending its services in those cities.

And the article raises another question about how prospective bills can actually hinder children being placed in good homes.

Michael Quinton, 35, a single dad who works in the restaurant industry, first considered adopting a child in 2013 before he got divorced from his husband. He began calling agencies near his home in Dandridge, a rural slice of Tennessee outside Knoxville, and told them he and his then-husband were looking to adopt.

“Three times I called, was twice hung up on, and the third time I was on hold for 45 minutes, so I think they made their point to me that that’s not something they would like to happen,” he said.

The rejection stung, and Quinton gave up on the idea until the following year, when he learned that his nephews, brothers Blake and Clayton, were taken from their parents by child services due to neglect. Concerned for them, he immediately began the process of getting his foster care license. In 2015, he adopted the younger boy, Blake, who was then 4, and two years later, he adopted Clayton, then 9. Quinton adopted Clayton through a private, secular agency, but he wonders what would have happened if he were in the same situation today and didn’t meet the private agency’s “moral” criteria.

“Now, you can just be denied, and they don’t have to worry about being sued if it’s in their mission statement or they state their moral code,” Quinton said.


All in all, a good article. Except for one thing and it's a general problem regarding this situation. There seems to be a reluctance to address the issue of LGBTQ taxpayers footing the bill for anti-LGBTQ discrimination. Perhaps it would seem a bit selfish or predatory to some. However, I think it is an appropriate issue to raise. Why should the LGBTQ community see our tax dollars going to groups which discriminate against us? We pay taxes just like every other American. Therefore we have a right to demand that our tax dollars are being spent in a manner which is fair.

And religious beliefs should not be used as a weapon against fairness.
Posted by BlackTsunami at 4:30 PM